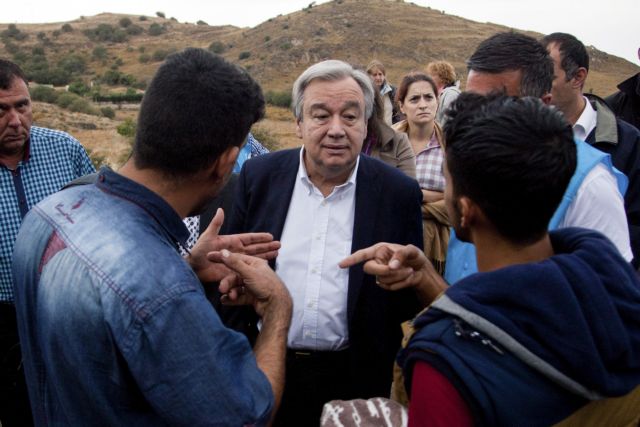 The Prime Minister Alexis Tsipras has scheduled a meeting with the UN’s High Commissioner for Refugees António Guterres on Monday, in order to discuss the refugee crisis.

Mr. Guterres will meet the Greek PM in Athens, after having visited the island of Mytilene and the refugee camp that has been set up in Eleonas. On Sunday, Mr. Guterres urged Europe to provide humanitarian aid to Syria and neighboring countries, such as Jordan, Turkey and Iraq, which host many refugees.

The UNHCR also underlined that the European Union must demonstrate its solidarity to Greece and assist in the asylum process, as well as to fairly relocate refugees among all EU member states.

Furthermore, Mr. Guterres stressed that Mytilene has received over 250,000 refugees and migrants since the start of the year and praised the efforts of local residents and authorities. For that, he argued, the international community owes a debt of gratitude.