After a week of meetings in New York, the Prime Minister Alexis Tsipras is returning to Athens and will be faced with the Greek… 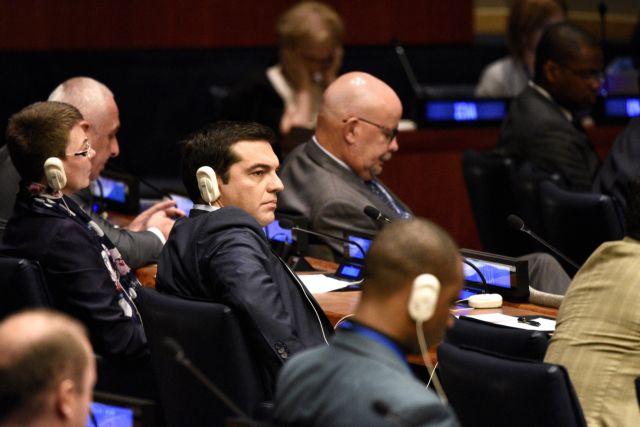 After a week of meetings in New York, the Prime Minister Alexis Tsipras is returning to Athens and will be faced with the Greek political reality on Saturday morning, when a SYRIZA parliamentary group meeting has been called.

During Saturday’s meeting, the PM will set the framework of the coalition government’s policy statements, which, as announced, are expected on Monday. Everything suggests that Mr. Tsipras is going to emphasize his “parallel program” and claim that the bailout is a “necessary evil”.

By doing so, Mr. Tsipras will want to defuse any reactions from potential challengers within his party, although it should be noted that the policy statements tend to attract reactions from and clashes with the opposition parties, rather than from within the government. With the main opposition party New Democracy mostly focusing on its internal problems and election for a new leader, Mr. Tsipras is expected to focus on responding to the political criticism and pressure from PASOK and the River.

Beyond these immediate challenges, the SYRIZA president may also begin making plans for the ‘refounding conference’ for his party, which is likely to take place at some point in spring 2016. SYRIZA’s central committee will convene on the 11th and 12th of October to address unresolved inter-party issues, such as covering the empty positions in the political secretariat and electing a new secretary, with Panagiotis Rigas being the favorite.