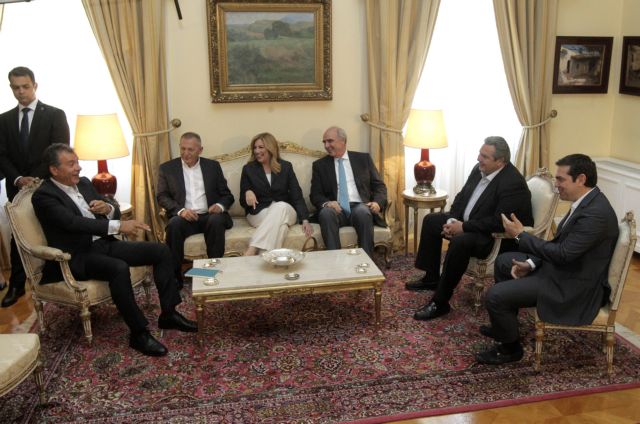 A televised debate between the leader of SYRIZA Alexis Tsipras and the provisional president of New Democracy Evangelos Meimarakis has been arranged for the 14th of September and efforts are being made in order to plan another debate to feature all of the political leaders.

While it was initially reported that a televised debate with all political leaders have been scheduled for the 10th of September, the president of PASOK Fofi Gennimata is unavailable on that day, as she has already planned a speech in Thessaloniki.

Additionally the leader of the neo-Nazi party Golden Dawn Nikos Michaloliakos has not been invited to the debate and has threatened to take action and even occupy the ERT studio during the debate.