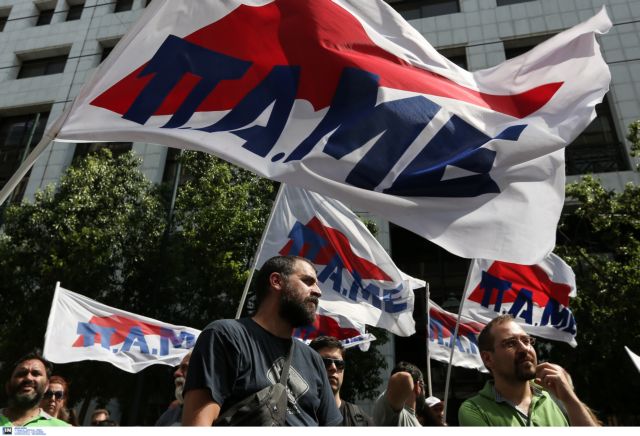 A delegation of the All Workers Militant Front (PAME) met with the Minister of Labor Giorgos Katrougalos on Wednesday to discuss developments in labor and pension issues. PAME also held a demonstration on Stadiou Street in downtown Athens.

The PAME delegates expressed their complete opposition to the measures that are being negotiated and denounced the latest IKA circular, which provides a contribution increase from 4% to 6%.

Communist Party MP and Central Committee member Christos Katsotis participated in the demonstration and pledged his support to the worker struggle against the “bourgeoisie, capital, the European Union, the government and parties that serve them”.

Mr. Katsotis also argued that the current policies benefit businesses enterprises at the expense of the worker, self employed and farmers. The KKE MP added that the only solution for the working classes and the impoverished is to unite against the monopolies and the policies they serve.