The latest reform proposals submitted by Greek authorities to the institutions have been met with positive reactions. The French… 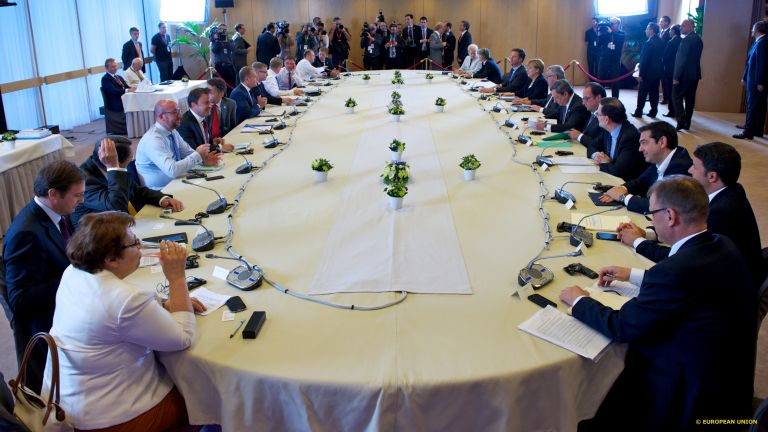 The latest reform proposals submitted by Greek authorities to the institutions have been met with positive reactions.

The French Secretary of State for European Affairs Harlem Désir argued that the proposals are serious and credible and called Europe to do its share, in order to reach an agreement. The French Minister of Economy, Industrial Renewal and Information Technology Emmanuel Macron underlined that a lot of progress was achieved in the past few days.

The former president of the ECB Jean-Claude Trichet argued that a possible Grexit would have serious financial and geopolitical repercussions, both for Greece and Europe. Mr. Trichet told the Frankfurter Allgemeine Zeitung newspaper that the Greek people would experience incredible hardship, while creditors would risk repayments and urged the European institutions to reconsider debt relief.

The President of the European Commission Jean-Claude Juncker commented that the latest Greek proposals are in the right direction. Earlier, the Prime Minister of Malta Joseph Muscat commented on his Twitter account that the proposals provide “a basis for discussion”.


On the contrary, a number of CDU/CSU MPs in Germany have reacted negatively, with many raising the issue of credibility and whether the Greek government will implement them. Ralph Brinkhaus and Michael Fuchs argued that the proposal was essentially the last European proposal that the Greek people rejected in the referendum, while Hans-Peter Friedrich noted that he had “very little confidence” and was critical of the European Commission.

Commerzbank’s chief economist Jörg Krämer also estimated that the proposals were more or less the last proposal submitted by the European side that was rejected in last Sunday’s referendum, but was optimistic of agreement, despite being “bad deal” and expressing reservations about the Greek government’s commitment to implementing it.

The spokesmen of the German Chancellery and the Ministry of Finances have refused to comment on the Greek proposals.

The SPD and Greens however were more welcoming of the Greek proposal, with MEP Axel Schäfer noting on German radio station SWR that it was a significant improvement. When asked whether it would deemed adequate by Greece’s creditors, Mr. Schäfer responded that he is hopeful.

The chairwoman of the Greens Katrin Göring-Eckardt, who appeared on German television network ZDF, favored a change in European legislation, so that Greece may remain in the Eurozone. She explained that rules must be complied with, but only when that is possible, otherwise they should be changed.