According to the Reuters news agency, Greece’s international creditors have presented new counter-proposals, in an effort to… 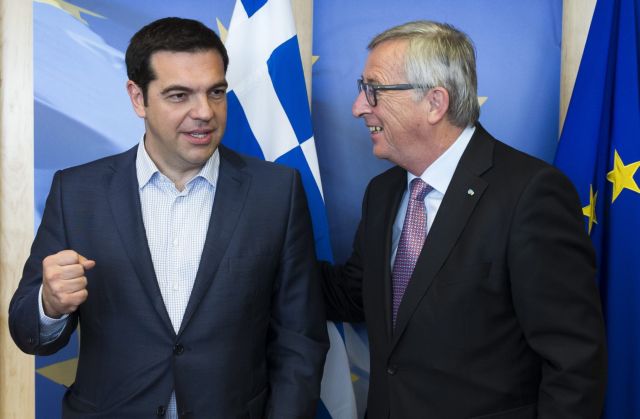 According to the Reuters news agency, Greece’s international creditors have presented new counter-proposals, in an effort to bridge the remaining differences. According to government sources, the Greek side has rejected the counter-proposals as it is deemed ‘unacceptable’.

Sources in the Greek government have confirmed that the Institutions submitted a five-page document outlining their counter-proposals, which are said to be in line with the hard stance they have so far followed on the pension and VAT reforms.

In their counter-proposals the institutions are said to demand, among others, that the non-pension ‘EKAS’ grant be abolished by the end of 2017. They also demand greater revenue from the VAT and a 28% corporate tax, instead of the 29% rate proposed by the Greek side.

The heads of the European Central Bank, European Commission and International Monetary Fund met at 1pm in Brussels, ahead of their meeting with Greek PM Alexis Tsipras, in an effort to reach an agreement on unresolved issues prior to the upcoming Eurogroup.

On his way to meting with the heads of the institutions, the Eurogroup chief Jeroen Dijsselbloem told journalists that an agreement has not yet been reached and as such a lot work is necessary. The CEO of the EFSF Klaus Regling also noted that more work was necessary.

The Greek Prime Minister and his consultants will arrive in Brussels around 2pm. Prior to his departure from Athens, Mr. Tsipras reportedly told his associates that «the non-acceptance of offsetting measures has never happened before. Neither in Ireland nor in Portugal. Nowhere!» and that «this strange attitude can only mean one of two things: either they do not want an agreement or they are serving specific interests in Greece«.