Tsipras: “In Democracy there are no dead ends, there are ways out”

The Prime Minister Alexis Tsipras appeared in Parliament on Friday, in order to respond to questions regarding the government’s… 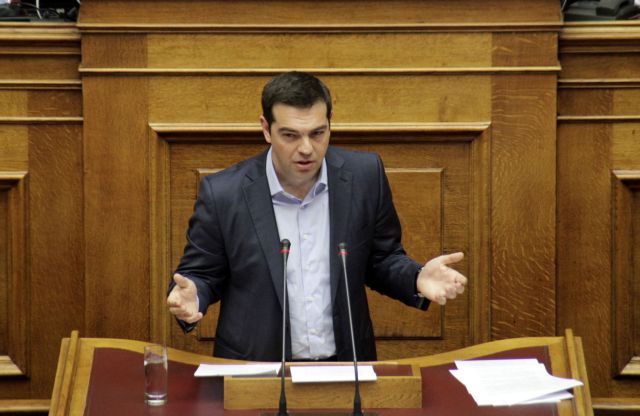 The Prime Minister Alexis Tsipras appeared in Parliament on Friday, in order to respond to questions regarding the government’s negotiations with the creditors and changes in the media sector.

From the stand in Parliament, Mr. Tsipras appeared confident that the negotiations with the creditors would soon coming to an end and stressed that he has “a clear mandate” from the Greek people. He underlined that his coalition government has taken important initiatives to support the vulnerable and clash with big interests.

Mr. Tsipras admitted that the country was in a “tight financial framework” and stated that the government would do everything in its power to achieve “an honest agreement”. He dismissed allegations that he has gone back “on the popular mandate” and repeated his claim that an agreement with the Europe was a political –rather than technical– matter. He concluded that “Democracy has no dead ends, it provides way out”.

The Prime Minister also commented on legislative changes that will affect the media sector, where he highlighted that maintaining freedom of speech is a paramount principle and noted that “harsh criticism against the government is an element of Democracy«. Mr. Tsipras underlined that he aims to protect the public interest and declared that his government will bring an end to the “triangle of sin between the rotten political system, the banks and the media”.