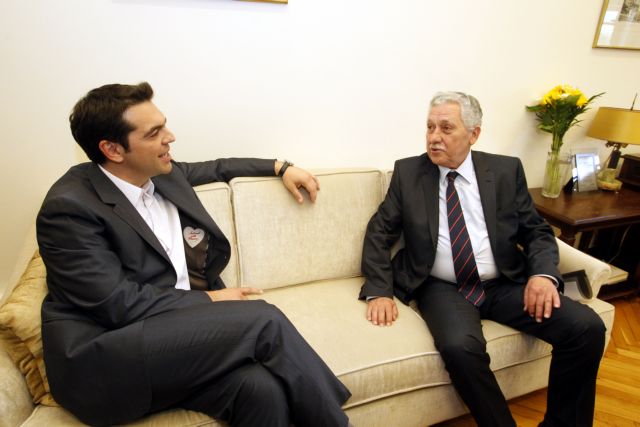 The Prime Minister Alexis Tsipras received the president of the Democratic Left Fotis Kouvelis shortly before noon on Friday in his office at Maximos Mansion.

In what was the first meeting between the two political leaders in some time, the PM updated the DIMAR leader on the latest negotiations and financial developments.

On his way out of the meeting, Mr. Kouvelis informed journalists that the Greek government has prepared its list of reforms and that it does not include any recession measures.