Dragasakis: “The ECB announcements do not match our agreement” 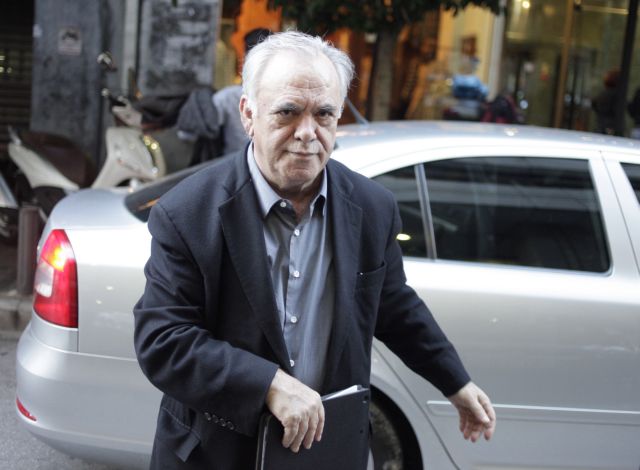 The Government Vice President Yannis Dragasakis commented that the Eurogroup agreement of the 20th of February “is not fully reflected in the decisions of the European Central Bank”, on ANT1’s central news program. Mr. Dragasakis noted that the ECB had recently been asking for an agreement, which was achieved on the 20th of February, however the ECB did not seem to take the Eurogroup agreement into account.

Mr. Dragasakis explained that the agreement is being further specified at present and that the ECB is possibly waiting for Monday’s Eurogroup to take action. He also stressed that the fifth review is over and that Finance Minister Yanis Varoufakis will attend Monday’s session with a package of reforms.

The agreement of the 20th of February, according to the VP, “is the basis for moving forward”, but he warned that there are some who would rather that Greece returned to the era of bailout memoranda. When asked about the possibility and rumors of a third bailout, Mr. Dragasakis responded “thank you for the solidarity, but that was never discussed”.

The Vice President further noted that Greece is honoring the agreement and expects that the European partners will do the same and questioned why the institutions have changed their stance towards Greece. Finally, he conceded that there was a liquidity problem, but that it was not as bad as it is being presented.