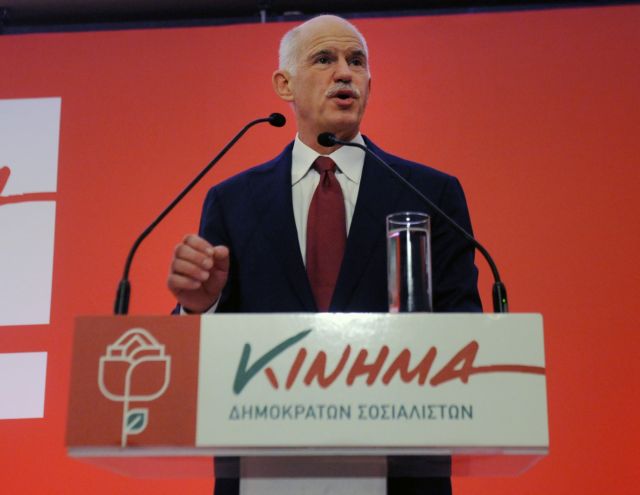 The former Prime Minister and PASOK leader Giorgos Papandreou presented his new party’s founding declaration on Saturday at an event held at the Benaki Museum. The emblem of the new party, which is named Movement of Democrats Socialists, is a rose on a red background. Former PASOK officers Philippos Sahinidis, Giorgos Petalotis, Giorgos Elenopoulos, Philippos Petsalnikos and Dimitris Reppas are amongst the first to join him.

During his speech Mr. Papandreou argued that his new party will reflect the beginning of a new era, following the end of the restoration of democracy period. He also claimed that during his tenure as Prime Minister in 2009 he only had “painful options” and claimed to have planned an unprecedented wave of progressive reforms.

As expected, this development has caused major frustration at PASOK, with the newly-appointed press officer Eva Kaili calling Mr. Papandreou’s initiative “an immoral and absurd political act” that aims to divide the center left. The PASOK statement was scathing, accusing Mr. Papandreou of acting like an heir who wants to ruin the party his father established and stressed that his motives were purely personal.