Venizelos and Papandreou meet before critical vote in Parliament 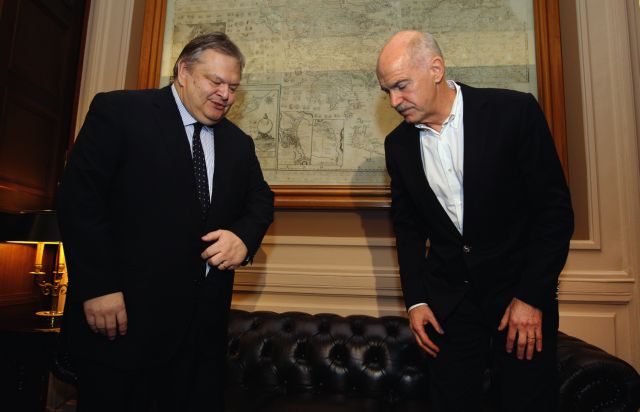 The PASOK leader and government Vice President Evangelos Venizelos met with Giorgos Papandreou shortly before the second vote in the crucial Presidential election.

Both refused to comment on their discussion, following their 20-minute meeting in Parliament.

According to early reports, the two discussed the possibility of early elections being called and how the later may be included in PASOK’s ballots, in order to avoid the creation of a new party.