Moraitis: “PASOK leadership must change to save the party”

PASOK MP Thanos Moraitis expressed his dismay at the decision to speed up the Presidential elections, while demanding a… 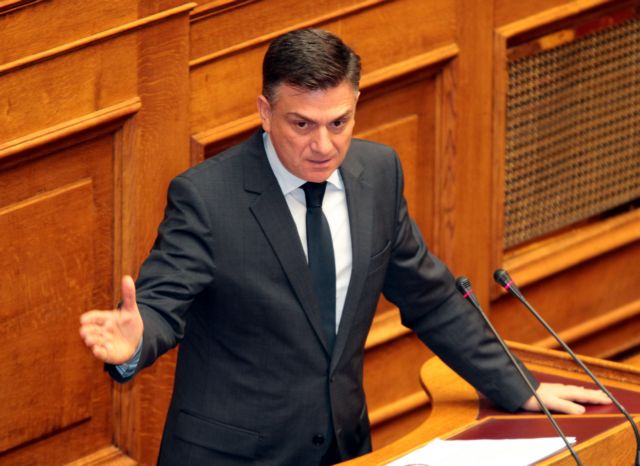 PASOK MP Thanos Moraitis expressed his dismay at the decision to speed up the Presidential elections, while demanding a party conference in order to “save the party”.

Mr. Moraitis made the comments during an interview for ANT1 and argued that the government should have exhausted all option before going to elections. He also noted that “PASOK was not asked about the [candidate]”, but added that he would vote for Mr. Dimas.

The PASOK officer argued that the government failed to achieve any of the goals it set and asserted that general elections are immanent due to the failure of negotiations with the troika in Paris and the huge risk that SYRIZA took in London, where it presented its financial policies.

Nevertheless, Mr. Moraitis recognizes the need for renewal within the ranks of PASOK and underlined the importance of calling a conference, where all party members and officers can openly debate the major concerns. Mr. Moraitis also noted that PASOK cannot be led by a party with which there are major differences.

When asked whether he would join a party set up by former PM and PASOK president Giorgos Papandreou, Mr. Moraitis avoided answering, instead noting that he is interested in the faction and that politicians must assume their responsibilities during these critical hours.