Simitis: “The government will not find the 180 votes for President” 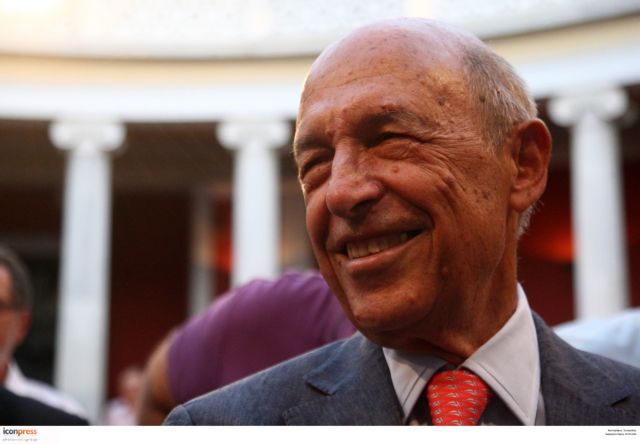 The former Prime Minister and president of PASOK Kostas Simitis argued that not country will be expelled from the Eurozone, but should such a thing occur, then the problems faced would be insurmountable. Mr. Simitis made the comment during a speech he delivered at the London School of Economic, on occasion of the presentation of his book entitled The European debt crisis – The Greek case.

After a short retrospection of the development of the European institutions and the multiple political, financial and social challenges that they have had to tackle, Mr. Simitis stressed the need for their renewal and posed a number of questions regarding the EU’s future. According to the former PM, the European institutions must adapt their functions in order to respond to present needs and commented on various solutions that have been offered, as well as stressing the need to further intensify the efforts.

Mr. Simitis expressed his belief that bringing the Presidential elections forward was necessary in order to secure political stability, but warned that general elections would generate further doubt and problems. The former Prime Minister was also concerned about the prospect of SYRIZA assuming power.

A report in Ta Nea reveals that following his speech, Mr. Simitis is believed to have said in a private conversation that he does not believe that the government will secure the necessary 180 votes to avoid general elections. He also appears to have stressed that the general elections would cause a huge mess.