Tsipras travels to Belgrade for meeting with Serbian President

The president of SYRIZA Alexis Tsipras traveled to Belgrade on Friday morning, where he met with the Vice President of the… 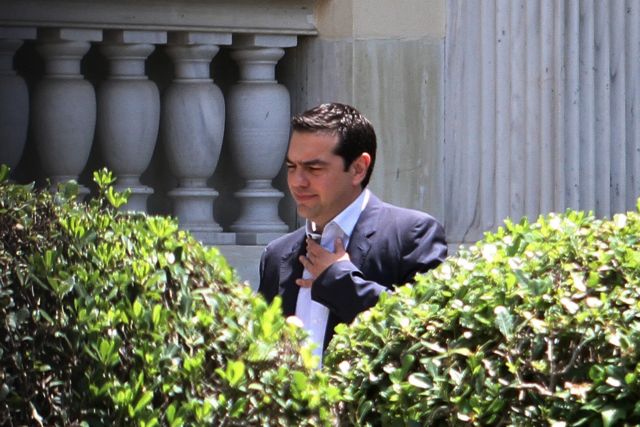 The president of SYRIZA Alexis Tsipras traveled to Belgrade on Friday morning, where he met with the Vice President of the Serbian Parliament Vladimir Marinković. The two discussed the need to further develop the political and financial cooperation between the countries.

Mr. Tsipras also met with the Serbian Parliament Committee on Greek-Serbian Friendship and was later received by the President of Serbia Tomislav Nikolić. The SYRIZA leader will later meet with Serbian Patriarch Irinej.

During his stay in the Serbian capital Mr. Tsipras will visit the Zvezda cinema, which is currently occupied by citizens who are in favor of reopening old cinemas and not converting them in super markets.

In the afternoon Mr. Tsipras will be accompanied by Labor Minister Aleksandar Vulin visit the town of Obrenovac, which suffered major damages from the floods last spring. IN the evening the SYRIZA leader will deliver a speech at the School of Law of the University of Belgrade.