Bakoyanni: “Elect a new President now, Parliament must not shut down”

New Democracy MP Dora Bakoyanni spoke to Vima 99.5 FM on Thursday and argued that the ever-increasing instability and… 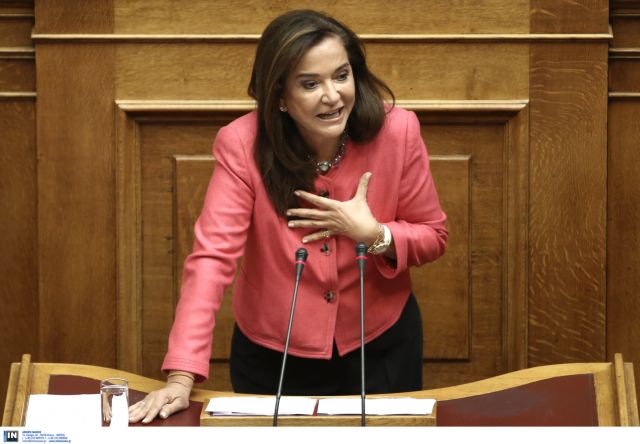 Mrs. Bakoyanni explained that “Parliament must not shut down over Christmas” and that “we must be united; we have a deeply political crisis, not a financial one. We are obliged to win the respect of the people with responsibility and truth and from then on the people will judge us all”.

The veteran ND MP added that “populist outbursts” have alarmed Greece’s creditors and argued that “a national agreement on the basics” is the only solution since “the Greek people do not deserve this”.

Mrs. Bakoyanni was also dismissive of SYRIZA’s plans and recent contacts in London, claiming that they are unfeasible.