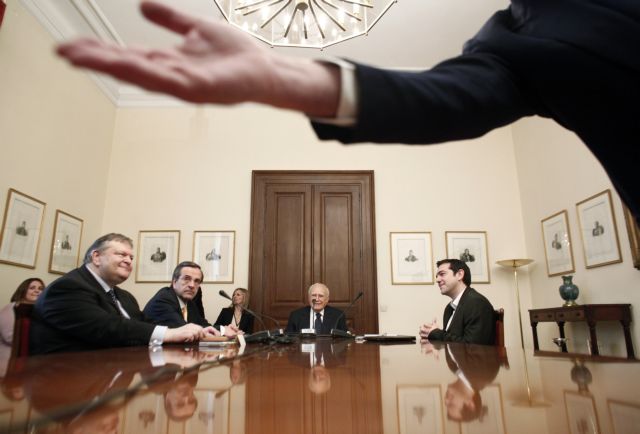 The current negotiations with the troika have highlighted the need for a broader political consensus. The New Democracy and PASOK leaders believe that the “political risk” in the negotiations is high and will likely affect the outcome of the talks.

It the past the coalition government has been scathing in its criticism of SYRIZA, with some government officers even accusing party members of espousing terrorist beliefs, however Mr. Venizelos’ recent references to SYRIZA’s role in the current troika negotiations suggest an attempt to come to an agreement.

The coalition has claimed that SYRIZA’s “counter-productive” stance on the major issues is complicating the negotiations and Mr. Venizelos argued that “the opposition must rise up to the circumstances, to level of maturity and responsibility that is demanded”.