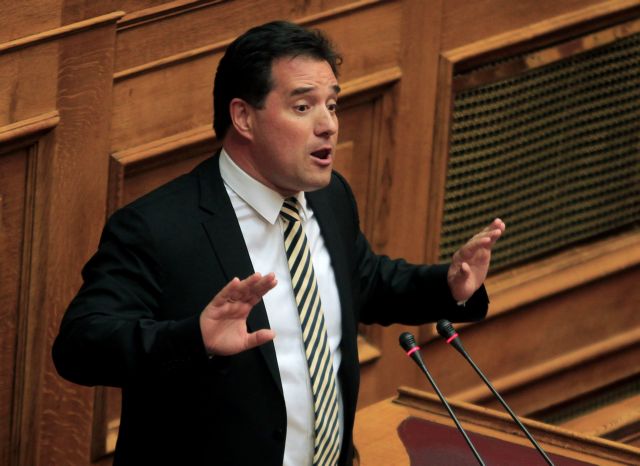 After the troika rejected the latest Greek proposals and gave the coalition government a 48-hour ultimatum to resubmit proposals so that the troika may return to Athens, New Democracy’s spokesman Adonis Georgiadis has lashed out against PASOK on Mega Channel and stated that “it is PASOK’s fault that we did not implement the deal and now the troika is pressuring us”.

As expected, their prompted the response of PASOK MP Koutroumanis who argued that his party has “supported the government all this time, but there are issues from which it cannot back down, such as collective dismissals, the lock out and the new pay roll”. The New Democracy officer insisted that “the government has signed the memorandum and has committed to changing union law. [Labor Minister] Mr. Vroutsis has presented a complete law on union matter and PASOK rejected it”.

Mr. Koutroumanis countered that the discussion did not affect the country’s outlook and objected to Mr. Georgiadis comment that “the lockout is just fine”. The New Democracy spokesman further questioned which reforms PASOK has approved over the past six months, only for Mr. Koutroumanis to remind him that his party has voted for all bills and their necessary amendments.