Four found guilty for catastrophic fires that ravaged Ilia in 2007 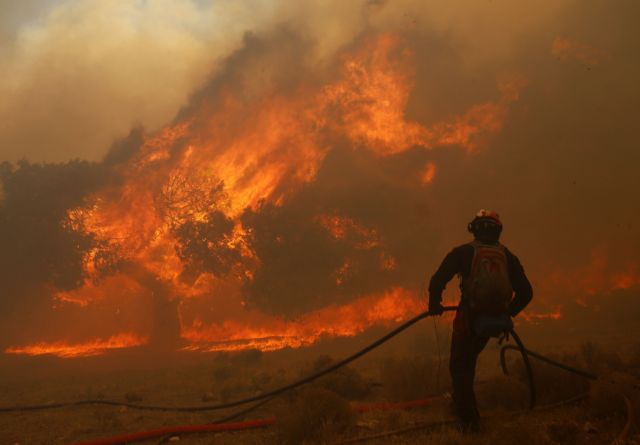 The Appeal Court of Patra has found four out of five defendants guilty for the charges faced in relation to catastrophic fires that ravaged Ilia in August of 2007.

The head of a local Fire Department Nikos Michalopoulos was found innocent, at the proposal of the prosecution. The bench has suspended proceedings in order to discuss the sentences to be enforced.

The lethal fires which broke out in August 2007 burned down about 270,000 hectares of farmland and forests and resulted in resulted in 63 deaths. About 1,500 homes were burned down and 6,000 people were left homeless.

The archeological site of Ancient Olympia was risk and saved at the last moment, when the surrounding forest caught fire.