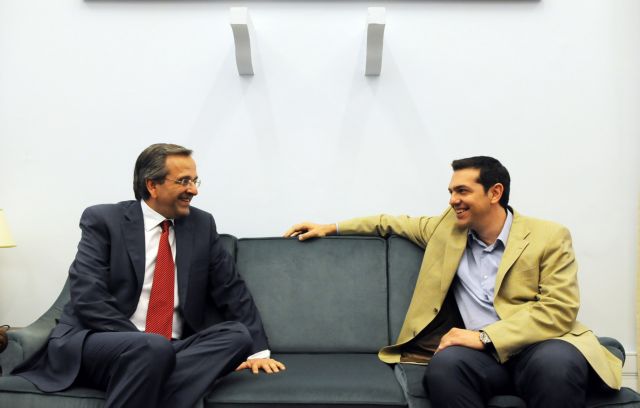 The ongoing clash between the coalition government and the main opposition is escalating ahead of the Presidential election, as…

The ongoing clash between the coalition government and the main opposition is escalating ahead of the Presidential election, as SYRIZA has cited news reports suggesting that New Democracy is collecting bribes for MPs to vote for a President.

On Monday morning SYRIZA’s Panos Skourletis appeared on Mega Channel and cited a Sunday report in Kontra News according to which “some business friends” are collecting money in order to amass the necessary 180 MPs to elect a President. The deputy Growth Minister Gerasimos Giakoumatos, who was also invited to the television show, demanded that Mr. Skourletis withdraws his statement and that the prosecutor should intervene.

Nikos Pappas, the director of SYRIZA President Alexis Tsipras’ office, told Vima 99.5 FM that “Mr. Skourletis cited a news report” and that “his position is clear and well thought, he acted as he should have and has our complete support”. Government spokeswoman Sofia Voultepsi argued that “Greek MPs will not be blackmailed by SYRIZA nor bought by anyone” and accused SYRIZA of spreading lies and making suspicious allegations.

Meanwhile, the Supreme Court prosecutor Efterpi Koutzamani has ordered the launch of a preliminary investigation in order to determined whether any MPs have received bribes. PASOK President and New Democracy’s coalition government partner Evangelos Venizelos commented that the investigation was imperative both legally and institutionally, while accusing the opposition of “premature arrogance” and “poisoning public life”.