The Deputy Finance Minister Christos Staikouras is scheduled to submit the 2015 budget draft in Parliament on Monday, which is… 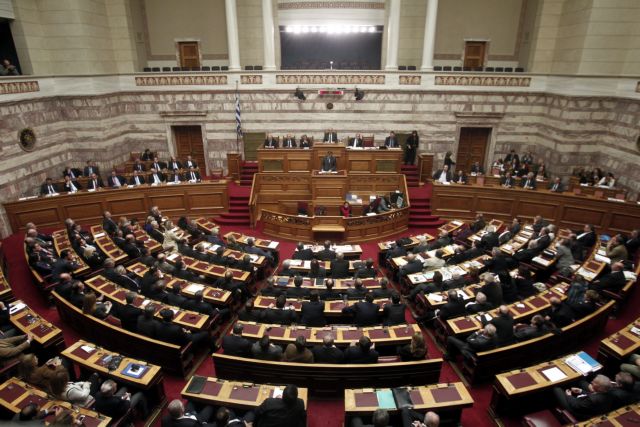 The Deputy Finance Minister Christos Staikouras is scheduled to submit the 2015 budget draft in Parliament on Monday, which is set to include a number of tax cuts and relief.

The 2015 budget us expected to generate a 2.9% GDP primary surplus, from 2% in 2014, while the state deficit will be 0.2% (from 0.8% this year). Furthermore the budget purports to increase public investments by 11.7% while reducing public consumption by 1.6%. The budget predicts a 1.6% increase of private consumption, which in turn will result n a 2.9% increase of the GDP.

In an interview to the Sunday print edition of To Vima Mr. Staikouras noted that the budget will include a 30% cut in the temporary solidarity contribution which has been extended, maintaining the 13% VAT rate for food, slashing the consumption tax on heating oil by 30% while expanding the relevant benefit criteria, reducing insurance contribution and improving settlement for outstanding tax and insurance debts. Funds have also been set aside to improve the wages of the Armed Forces and other security corps.