Proposal for vote of confidence submitted in Parliament 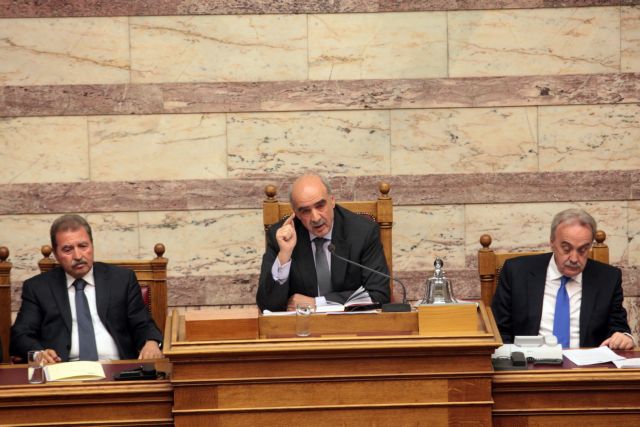 The President of Parliament Evangelos Meimarakis (pictured) has announced that a proposal for a vote of confidence has been submitted to him on Monday morning.

According to regulations, the proposal, which was made by the Prime Minister Antonis Samaras, will be discussed in Parliament two days after its submission. Following the discussion the members of Parliament will be called upon to vote in favor or against the government. The vote may be delayed for up to 48 hours at the request of the government.

The Prime Minister Antonis Samaras commented that “it will be a good year for Greece, stability, growth and the reduction of unemployment” on his way out of Parliament. Meanwhile, his coalition partner and PASOK leader Evangelos Venizelos has arranged to meet with his party’s ministers on Tuesday and a meeting with PASOK MPs for Wednesday.

Air pollution responsible for 11,000 deaths per year in Greece
Ακολουθήστε