Gabi Zimmer: “Germany has a moral obligation to pay repartions” 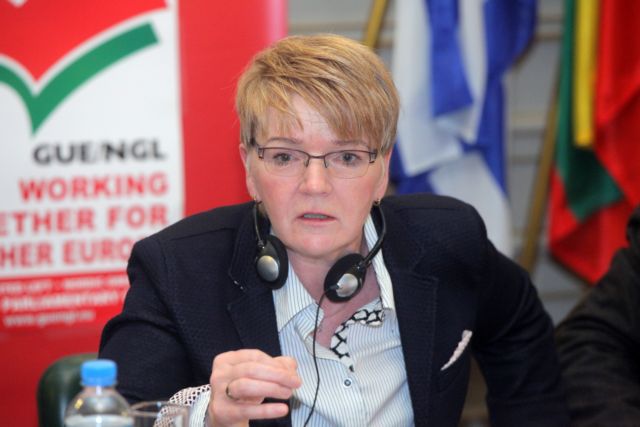 MEP Gabi Zimmer, who is also Die Linke’s (GUE/NGL) team in European Parliament, recently gave an interview to the Athens…

MEP Gabi Zimmer, who is also Die Linke’s (GUE/NGL) team in European Parliament, recently gave an interview to the Athens-Macedonia News Agency, where she argued that Germany must pay Greece reparations for damages caused by the Nazi occupation.

Mrs. Zimmer stresses that her party has taken initiatives to publicize the controversial issue, noting that her party considers the reparations to be linked to damages caused during the Nazi occupation. The MEP notes that Germany has a “moral obligation” to pay for damages and the occupation loan and appeared confident that while the federal government has not examined the issue, a positive solution will be found.

In the interview the MEP points out that her party has consistently supported Greece in the German Parliament and estimated that the current aid program is counter-productive and against the people’s interest. Mrs. Zimmer further notes that the billions of euros in aid end up in the banks, rather than supporting the Greek people.

Additionally, Mrs. Zimmer expressed her belief that SYRIZA would come first in upcoming elections and hoped that it will not be a party like the rest, which have created austerity and a complicated situation. Mrs. Zimmer added that a SYRIZA government would have to focus on creating an alternative government plan and take bold steps from the start, in order to be successful.