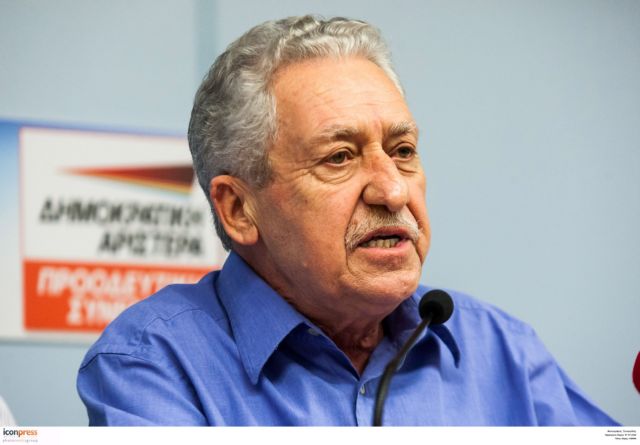 The leader of the Democratic Left Fotis Kouvelis has argued that the election of a President must ensure a broad consensus and that elections must not be condemned, in his Tuesday morning appearance on Mega Channel. The DIMAR leader further stressed that election often provide “life-saving solutions” to society, when the implemented policies exacerbate social rifts.

Mr. Kouvelis was quick to add though that these were his personal opinions that the party line would be decided in the upcoming conference, which is scheduled for the 2nd to 5th of October. He then added that “three or four [DIMAR] MPs have clearly stated that they will not vote for a President”.

When asked about running for President in the upcoming elections in Parliament, the DIMAR leader reiterated his position that he is not interested in the Presidency and that rumors regarding candidacies can harm the country and the economy. Mr. Kouvelis further added that his desire is to see his party recover.

While there are rumors about a potential alliance with main opposition party SYRIZA, Mr. Kouvelis argued that “DIMAR will not cede its political and organizational independence” and commented that while some of Alexis Tsipras’ recent proclamations may be realistic “there are some that are groundless” and bear no relation to the country’s financial reality and international commitments.