Venizelos to attempt to avert schism on PASOK anniversary event

PASOK is celebrating its fortieth anniversary on Wednesday with an event planned at Zappeio Hall in the evening, in an effort to… 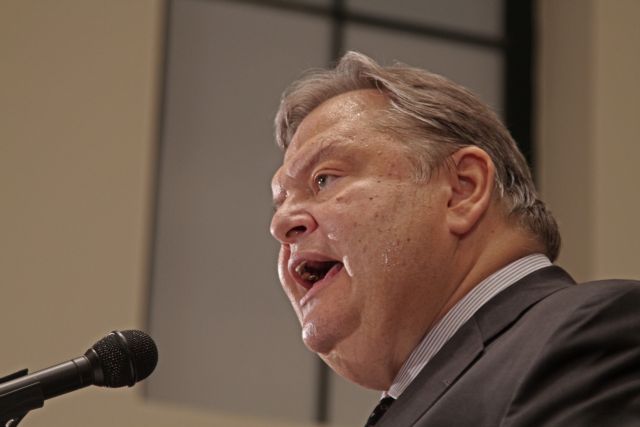 PASOK is celebrating its fortieth anniversary on Wednesday with an event planned at Zappeio Hall in the evening, in an effort to bring unity to the party, following the recent reactions against party leader Evangelos Venizelos. Mr. Venizelos was booed and criticized at an event organized by party’s former leader Giorgos Papandreou. The fierce reactions against the current party president have frustrated party officers, as a schism appears to loom.

In the text message that was sent to party supporters for tonight’s event, the SMS invites supporters to attend “the celebration […] for the start of the Change that we want to see”. The reference to “Change” has been viewed as an indirect response to Mr. Papandreou, who spoke of a “deep change” at the event he hosted.

The main speaker at the Wednesday evening event will be Evangelos Venizelos, with former party president and PM Kostas Simitis scheduled to deliver a welcoming speech. Mr. Papandreou, who had also been invited to the event, will not attend due to obligations abroad.

On Wednesday morning, the deputy Minister of Health (and close associate of the PASOK leader), Leonidas Grigorakos, appeared on SKAI and urged Mr. Venizelos to expel Giorgos Papandreou from the party. Mr. Grigorakos argued that Mr. Papandreou “should form a party with all those who cheered for him”.

The former prominent PASOK officer Theodoros Pangalos later appeared on SKAI and argued that “PASOK has ended, it did what it had to do, it did what it could do and it must be replaced by something else”, while noting that “parties are not eternal and there is no turning back”. Mr. Pangalos stated that while he is in favor of Mr. Venizelos being in the government, he does not believe that he is the right man for updating PASOK.