While PASOK celebrates the fortieth anniversary from its foundation, a demonstration is taking place outside the party’s central… 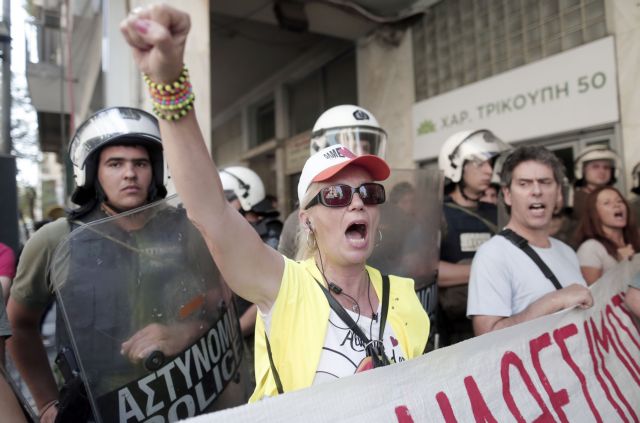 While PASOK celebrates the fortieth anniversary from its foundation, a demonstration is taking place outside the party’s central offices in down town Athens, as school wardens are protesting against the coalition government’s suspension and dismissal plans.

The school wardens hold PASOK responsible for suspensions and dismissals which have affected them and other employees in the public sector, demanding that the government partner takes steps towards rectifying the injustices they have suffered.

The representative of school wardens from Larissa commented that “if PASOK wants to call itself a socialist movement it must rectify the injustices it has committed against society”.

The demonstrators asked to meet with party leader Evangelos Venizelos, however that was not possible, so they were received by PASOK spokesman Dimitris Karydis. An appointment has been arranged with the Minister of Interior Argyris Dinopoulos for later in the afternoon.