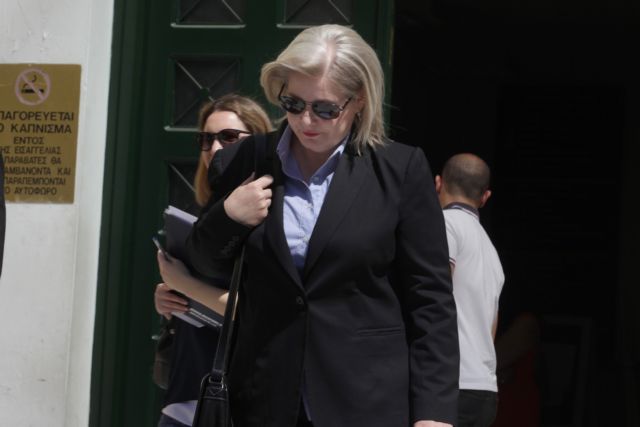 Golden Dawn’s Eleni Zaroulia has received an extension until the 17th of June in order to face the investigative judges and respond to felony charges of joining and directing a criminal organization.

The neo-Nazi party MP asked to postpone the proceedings due to her lawyer being indisposed. Zaroulia will state her plea on Tuesday, after the already detained MP Giorgo Germenis responds to supplementary weapons charges

Zaroulia, wife of the party’s detained leader Nikos Michaloliakos, is expected to deny the charges brought against her.

In relation to the case against Golden Dawn, MP Nikos Kouzilos was recently detained awaiting trial after submitting his defense, while Dimitris Koukoutsis was placed under house arrest.