Stournaras: “We are not saving the bankers”

The Minister of Finances Yannis Stournaras commented on the recent developments in the Greek economy from the stand in Parliament, where he… 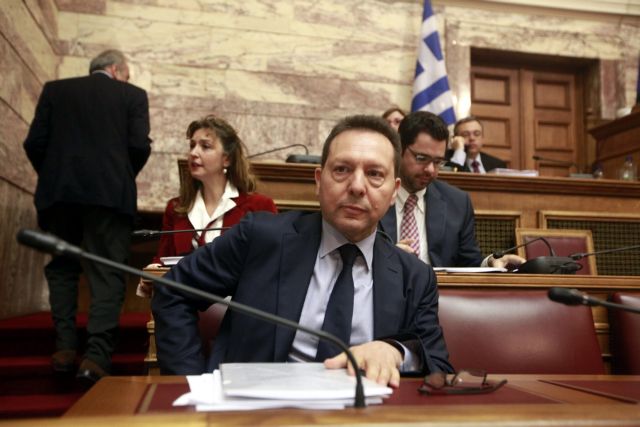 The Minister of Finances Yannis Stournaras commented on the recent developments in the Greek economy from the stand in Parliament, where he underlined the importance of expediting Greece’s return to growth,

Mr. Stournaras claimed that Greece is gradually regaining its fiscal independence and will soon have “a greater luxury of time and greater autonomy to determine the key aspects of the growth model”. The Finance Minister noted that the Greek economy must be extroverted, competitive and with an eye for innovation.

SYRIZA MP Manolis Glezos accused the coalition government of compressing labor rights, while does everything in its power to save the bank and the bankers. Mr. Stournaras denied the charges and claimed that he is trying “to save the people’s bank deposits”.

Mr. Stournaras also claimed that the coalition government is taking measures to minimize the impact of any subsequent financial crisis, in order to ensure that the poorer and more vulnerable sections of society are not affected.

Meanwhile, SYRIZA has accused the Minister of Finances of introducing a number of scandalous provisions that have been included in recent bills that were designed to benefit bank transfers. Mr. Lafazanis accused Mr. Stournaras of “huge scandals and crimes” against public interest and argued that the Bank of Greece “cannot act above the government without any control”.