Tension extended as critical negotiations with the troika continue

Despite the optimistic comments of various Ministers that the critical negotiations with the troika would be complete by Monday evening, the optimism gave way to … 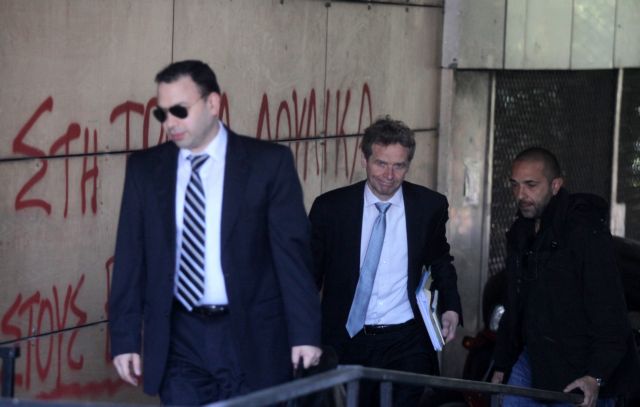 Despite the optimistic comments of various Ministers that the critical negotiations with the troika would be complete by Monday evening, the optimism gave way to awkwardness as it became clearer in the early hours of Tuesday that there was still significant difference of opinion on the issues at stake.

The IMF’s troika representative in Greece Poul Thomsen left the Ministry of Finances at about 2am and refused to make any comment when asked about the progress of negotiations. As Mr. Thomsen was scheduled to leave Athens today, the IMF’s mission head in Greece Wes McGrew will fill in for him in today’s talks.

Did the IMF end the talks?

At about 1am on Tuesday the Greek negotiators and the representatives of the European Commission and European Central Bank were seen in the corridors of the Ministry, without the IMF’s representatives. About ten minutes later they resumed talks for about half hour, which appeared to be fruitless.

It has been suggested that the IMF is responsible for this “sudden” change in climate. Various government members and European officers have warned of such a possibility over the past few days.

A senior Ministry of Finances officer spoke candidly to Vima at about 2.05am and remarked that the negotiations “are going well, but there are still unresolved issues” and alter added that “we hope to come to a staff-level agreement by [Tuesday] afternoon. There are four to five unresolved issues. If we do not agree today, we will continue over the next few days”.

Despite the perceived progress in negotiations though, the main problems persist, with the two sides unable to come to a compromising solution. The distribution of the 2013 primary surplus for social welfare purposes –which the Prime Minister has repeatedly promised– is divisive, as the troika outright refuses it.

Additionally, the troika is not backing down from its demand for the deregulation of collective redundancies in the private sector and further public sector dismissals in 2105. Similarly, there was little progress achieved in debating the OECD’s toolkit, in relation to the abolition of parafiscal taxes.