We have finally hit rock bottom! 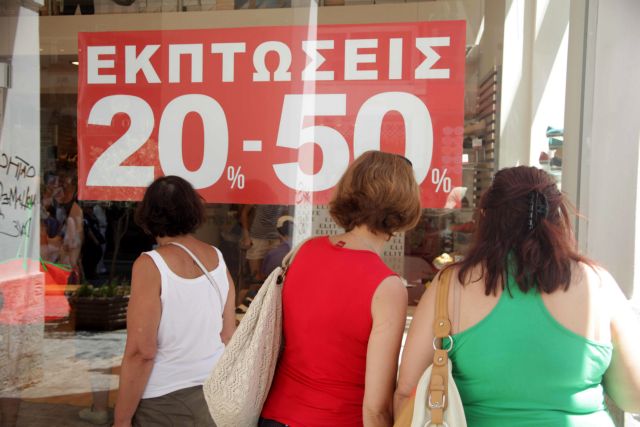 Recent financial developments, particularly with regards to the accumulative 25% reduction of the GDP over the past five years and the change in financial market indexes, suggest that the recession may be coming to an end. These sentiments are not unwarranted, as IOVE’s economic sentiment indicator among others, create the expectations of a recovery.

Based on the latest available data, for the first time in many months the permits for construction of buildings, care sales and retail sales appear to be positive. Meanwhile, in 2013 a remarkable increase of arrivals and tourist revenue, even during the October-December low season, resulted in 20% increase. Overall, the revenue from foreign tourists increased by 14.9%, with this trend expected to carry on into 2014.

The bane of unemployment

Even though the rate of unemployment still remains at an unprecedented high rate, employment in the private sector during 2013 (and January 2014) increased for the first time in recent years. This crates the expectations that the rate of unemployment will begin to decrease after it peaks in the next few months. IKA also had increased revenue for the first time since the onset of the crisis.

The latest divs on consumer trust suggest that the retail market will begin to recover in early 2014, with many businesses claiming that the collapse of the market has come to an end. The managing director of the Attica Department Stores Konstantinos Lampropoulos explained that “the great fall has stopped” and that he expects the market to grown “should there not be any major political upset”.

There have been significant developments in the fuel market, which had seen a 40% drop in demand since 2009. The managing director of Revoil Giorgos Roussos noted that “although 2013 started with a 10% drop in demand, the market drop in the last semester is estimated to be at about 5% to 6%”. Roussos reveled that in 2013 diesel sales increased by 5% to 7%, while demand for heating oil increased by 40%, compared to a 70% reduction the year before.

Although the drop in many sectors appears to have come to a stop, such as in construction or car sales, it should be noted that the financial recovery will not be linear and as such, further dramatic changes are expected, before the economy comes to a balance. This has not stopped the coalition government and the Bank of Greece expressing their optimism of achieving a marginal positive growth rate in 2014. Only the OECD predicts a negative growth rate.

The governor of the Bank of Greece Giorgos Provopoulos recently stated that the Greek economy will begin to recover in 2014 and based his prediction on the changes in competition, as well as the positive changes brought on by the structural reforms in the job and product markets. Mr. Provopoulos maintains that the recovery of trust will support consumption and investments.

The central banker warned however that the political uncertainty and dangers associated with it may increase in light of the upcoming elections in May and subvert the growth prospects. This is stressed by the vast majority of analysts, who also point out the effects of limited cash flow and continuing negative credit growth.

The foreign investments in recent years have created expectations of further funding from abroad to help the recovery of the Greek economy. Amongst these investments are tobacco company Philip Morris’ logistics investments in Agrinio, the establishment of a Huawei logistics center in Piraeus, as well as Cosco’s interest in expanding its operations in Greece.

So far Coca Cola, Del Haize, Heineken, Microsoft and Nokia have all agreed to increase their presence in the Greek market by expanding and further developing their domestic operation. Other companies, such as Nestle, IBM and Vodafone, are also rumored to consider investing in Greece.

Finally, the joint venture for the Trans Adriatic Pipeline that will bring Azerbaijani natural gas to Central Europe is expected to have a significant impact on the Greek economy by creating about 12,000 jobs that could generate over 400 million euros annual.