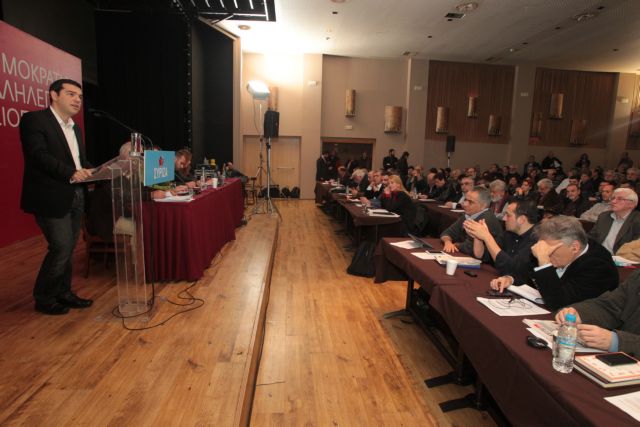 The vocal and public disagreement between SYRIZA executives over the selection of the party’s candidates in the upcoming elections illustrates the intense debate and schism emerging in the opposition leaders.

The selection of Giorgos Karypidis and Odysseas Voudouris, who do not belong to the opposition party, to represent SYRIZA in the upcoming elections prompted a huge debate between the Left Platform and the party’s leadership. In an online post on iskra.gr Antonis Davanelos criticized the party’s parliamentary group secretary Nikos Voutsis for “opening up” SYRIZA to form alliances with “the remnants of the bailout camp”.

Mr. Davanelos argued that there is a chance that forming alliances with former members of the two coalition government parties, such as Mr. Voudouris, will result in increasing the concerns that SYRIZA is morphing into a new “PASOK”. The journalist also stressed that SYRIZA’s central administration must take into consideration the negative reaction of party members towards these alliances.

The response to Mr. Davanelos came from one of the more recent additions to SYRIZA, the former PASOK and DIMAR MP Yannis Michelogiannakis, who claimed that the formation of alliances highlight SYRIZA’s unitary character and to society and ability to cooperate with individuals with shared values.

Mr. Michelogiannakis pointed out that the main criteria for forming an alliance are “saying no the Lisbon treaty, no to Maastricht, no to Amsterdam, no to the Stability Pac, no to the current EMU, no to the bailout deals and their extension, no to those who managed ‘grey’ power, yes to restoring national and popular sovereignty”.