Courts find 11 of 14 accused innocent for clashes in Halkidiki 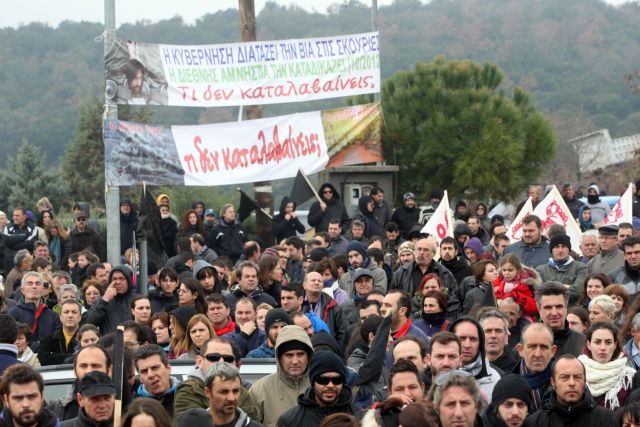 The Misdemeanor Court of Halkidiki absolved 11 defendants of all charges for the clashes with the police during a protest at Kakavos against the Skouries mining operation in October 2012. In total, 14 protesters were accused of insurrection, breaking the peace, resisting arrest and attempting to cause serious bodily harm.

According to the court ruling, all defendants were found innocent of insurrection, while only three of the protesters were found guilty of breaking the peace. The three defendants were given a 7 month imprisonment sentence with a three year suspension, which they can appeal.

The defendants’ attorney Giorgos Kyritsis noted that “this decision proves that our point of an unprovoked attack by the police forces, the rushed arrests and the so-called serious injuries of police officers, which were all found to never have happened. The court hearing proves that the intention of the prosecution’ witnesses was to justify and legitimize their cruel behavior”.