Kasidiaris: “We are not Nazis, we do not attack immigrants” 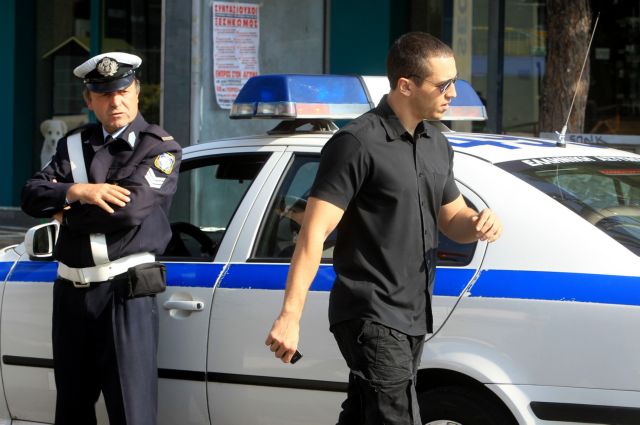 The spokesman of ultra nationalist party Golden Dawn Ilias Kasidiaris was invited on Star Channel’s morning chat show, to comment on the recent lethal shooting of two Golden Dawn members in N. Iraklio. Instead, Kasidiaris took the opportunity to present his party as unrelated to Nazi ideology and against attacking immigrants.

Kasidiaris made a call for calm, unity and compassion, condemning all acts of violence and claiming that “it is inconceivable for any Golden Dawn MP to incite violence”. He then insisted that he did not personally know Giorgos Roupakias, the self-confessed murderer of Pavlos Fyssas, or that Roupakias was even a Golden Dawn member, despite the insurmountable evidence.

The ultra nationalist party spokesman defended his party’s controversial food handouts “for Greeks only” as a “political choice” and that there “is no hate” for immigrants. He opined that he would feed anyone who is in need and defended MP Zaroulia’s use in Parliament of the term “subhuman” for foreigners as specifically referring to immigrants who mug people.

Kasidiaris insisted that there were no Nazi elements in his party and that he actively dissuaded other Golden Dawn members from performing Nazi salutes. Kasidiaris was evidently embarrassed and avoided commenting on the pro-Nazi writings and public comments of Golden Dawn leader Nikos Michaloliakos, claiming that he could not respond as he is not his legal representative.

Finally he denied his party receiving funding for ship-owners and other businessmen and tried to present his party as being supported by students, tradesmen, pensioners and the unemployed.