Government to resume ERT program “as soon as possible” 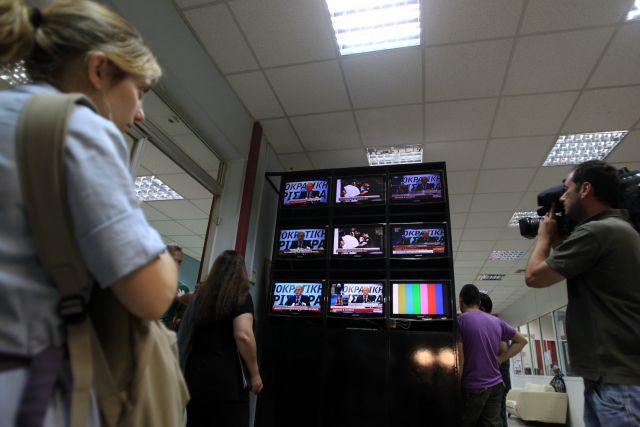 Even though the Council of State decided to overturn the government’s decision to take ERT off the air, the public broadcasting service remains off the air. ERT’s employees are still producing shows which are broadcast via EBU, since ERT’s frequencies remain locked. This has meant that international channels such as the BBC, DW, TV5 and RIK also remain off the air.

The reopening of ERT will undoubtedly cause tension amongst the government partners, which each interpreting the Council decision at will. PASOK and DIMAR expect the situation to be rectified within the day, while the Minister of Finances Giannis Stournaras was more reserved in his estimations, who claimed ERT would be back on the air “as soon as possible”.

The government is also working on an intermediate body, along the lines of the plan the Minister of State Stamatis presented to the Mr. Kouvelis on Saturday. It is reminded that Mr. Kouvelis rejected the plan. The three leaders are to discuss the latest developments regarding ERT on Wednesday, with DIMAR wishing a fresh plan and PASOK speaking of a “serious study”.

Meanwhile, the ERT employees are holding a general assembly in order to determine future action. According to the Council of State decision, ERT is still considered to be an abolished body and the employees are considered dismissed.