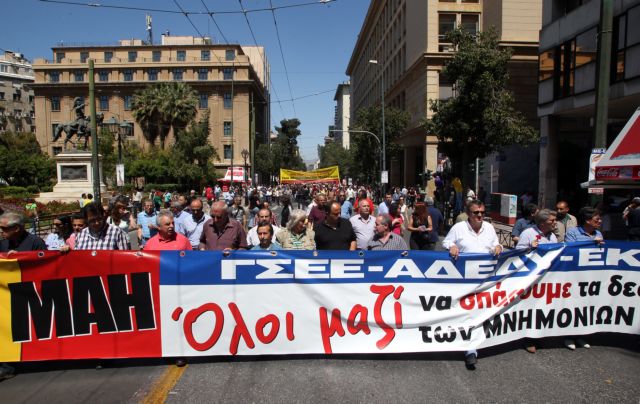 The country’s largest unions GSEE and ADEDY have announced a three-hour walk out between noon and 3pm today, along with a demonstration at Klafthmonos square at 12:30, in reaction to the civil mobilization of educators.

In a joint statement the unions explained that “the ‘preemptive mobilization’ of educators is not only an inappropriate solution for the problems in Education, it also leads to dead ends and creates tensions that are “offloaded” on the thousands of students participating in the Panhellenic exams”.

The union of air traffic controllers is also participating with a four-hour walk out between noon and 4pm, leading to a number of delays and cancellations to Olympic Air and Aegean flights. Travelers are advised to contact their flight operator to confirm changes to their flight details to avoid any delays.