“Digitization is a foundation for the recovery of Greece” 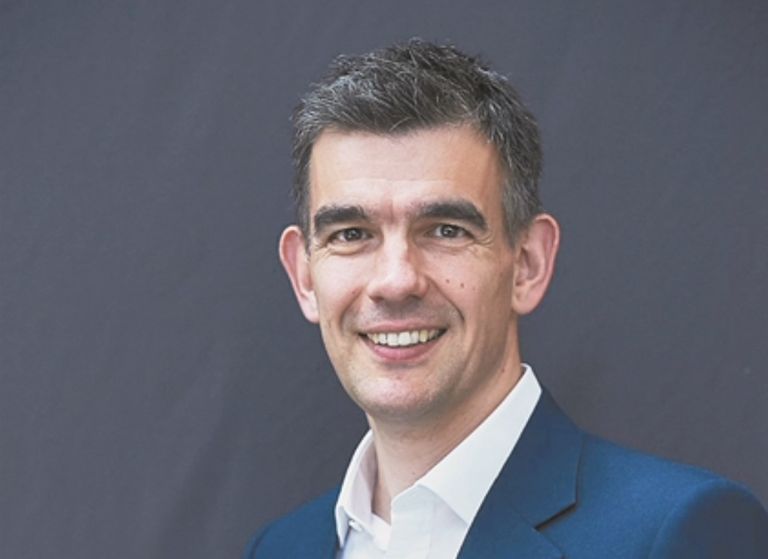 Describing technology as a catalyst for the return to normalcy and recovery, Mr. Matt Britten, president of Google for Europe, the Middle East and Africa, spoke exclusively to “Vima” about the upheavals brought about by the pandemic, the jobs of the “future” and Google’s goal to shield the world from the digital challenges of the day after. As he notes, Google has already trained 200,000 people in Greece on how to develop their business, or career, in tourism. “When we talk about technology, we have to remember that the biggest investment is in people,” he said, stressing that Greece’s shift to digitization “will be the foundation for economic recovery.”

The pandemic accelerated the digital revolution. We are now talking about e-everything. What will be left from all of this? Will the post-COVID-19 era be very different from the pre-health-crisis period?

“I could never have imagined that, by 2020, my parents would be doing online virology research, would be video connecting with friends and relatives, shopping exclusively online and choosing YouTube for their entertainment! During the lockdown, technology became a lifeline for over half the planet, helping for the first time so many people, so many businesses, and so many countries. And it is the same technology that will now act as a catalyst for a return to normalcy and unrestricted recovery.

Research shows that companies that used digital tools during the pandemic saw an 80% increase in sales and hired three times as many employees as the rest. However, we need to redefine how to equip people with digital skills and, above all, to ensure that the necessary structures are in place so that you do not have to be in Paris or London to succeed in the digital environment. ”

Greece has already welcomed investments in technology giants and is implementing an ambitious digital transition program, which will be accelerated with funding from the Recovery Fund. Do you see suitable ground for Google investments in Greece and if so, in which sectors?

“Despite the emphasis we place on economic recovery, it is very important to think beyond that. That is, to continue from where we left off – when new technologies, such as Artificial Intelligence, changed the meaning of innovation, while at the same time, helping people solve everyday problems and global challenges. And just as new technologies served during the pandemic, they will serve people and businesses even more in the future. Also, the rise of the green economy creates jobs that did not exist in the past. We must seize these opportunities to build a stronger economy.

In Greece, we welcome our new partnership with the Ministry of Labor and continue to financially support local NGOs focusing on economic recovery and digital skills.”

What would be a real incentive for Google to include Greece in its investment plans? For example, in the fields of datacenters, cloud computing, AI, in which you have already made large investments in Europe.

“Greece is already part of our investment plan. In 2015 we launched Grow Greek Tourism Online, a digital skills training program in collaboration with the Ministry of Tourism, which we use as an example around the world. Since then, we have trained almost 200,000 people in Greece on how to develop their business or career in tourism. In any case, when we talk about technology, we must remember that the biggest investment is in people.

Let me give you an example. When the recession hit Greece, Mrs. Dina Denaxa and her family were forced to leave Athens and move to a small village in Santorini, spending the savings of a lifetime on restoring old homes to build a small hotel. With a little help from our programs, Ms. Dina learned how to grow her business online and how to keep it alive during the biggest crisis facing the hotel industry over the years. But today it is ready to host people from all over the world. ”

Google is funding NGOs in Greece

The Eastern Mediterranean region is evolving into a network and data hub. Is Google planning to increase its footprint in the region and can Greece play a leading role?

“Greece played a leading role, treating digitization as the backbone of its economic, social, and cultural development. It was even doing this before the pandemic and this will be the foundation for the economic recovery of the country after the pandemic “.

For the second year, Google is funding non-governmental organizations in Greece. You spent $ 1 million last year and $ 500,000 this year. What is the purpose of this initiative and what actions does it concern?

“It is clear that the pandemic has widened the social and economic divide in many countries, mainly affecting women, underrepresented social groups and low-income people, who will have greater difficulty recovering.

We know that digital skills play a key role in economic recovery. However, although relevant training is widely available and often free, it is not accessible to everyone.

As part of our broader commitment to the country and in the context of the Grow Greece with Google program we announced last year, we have worked intensively to reach out to every citizen, collaborating, for example, with organizations such as MExoxo in Greece, which supports women who are active in business and come from vulnerable social groups “.

There has been a great deal of discussion about the bright and the dark side of technology. The advantages are known. But the risk of losing jobs from the spread of new technologies is visible. Do you share this concern?

“This is an issue that we take very seriously and that is why we are investing heavily in digital skills training. Last year, when the pandemic started, we responded immediately to the needs of governments and worked together to create new relevant programs and investments, depending on the needs of each country. In fact, this initiative was started by Greece, in cooperation with the Ministry of Labor, while today there are corresponding programs in more than 30 countries in Europe, the Middle East, and Africa.

When I took up my new job at Google six years ago, I read an EU report which highlighted that, due to the digital skills gap, there could be up to 1 million vacancies. We saw this as a challenge and committed to educating 1 million people, through partnerships across Europe, to acquire digital skills that will benefit them in their work, such as web design, use of analytics, online advertising, etc. The response surprised us, as we achieved the goal of 1 million people in half a year. Today, through the Grow with Google initiative, we have trained over 70 million people worldwide. “