Most Greeks abide by partial lockdown, over one million SMSs daily for permission to leave home 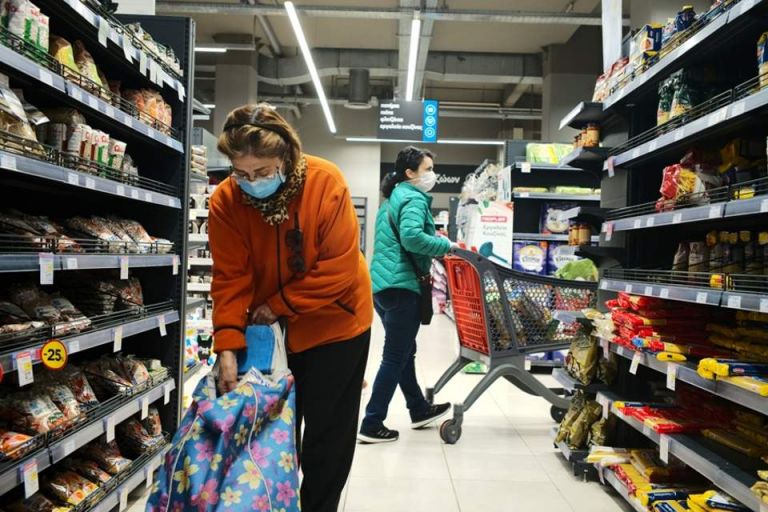 The rate of transmission of the coronavirus in Greece remains considerably  slower than  in Italy or Spain, health ministry coronavirus spokesman and infectious diseases professor Sotiris Tsiodras said at his daily, nationally televised news conference  today.

He warned that this could change swiftly  if the partial lockdown measures restricting freedom of movement are lifted.

Tsiodras said that lifting the measures would be ‘disastrous’ as the incidence has not peaked yet.

«We must continue to be vigilant even though we do not see an exponential increase in infections in Greece,» he stressed.

Tsiodras cited the case of a young German professor who died in Crete from Covid-19 without having any underlying health issues.

Health experts in Greece and internationally are underlining that an increasing number of cases involve patients in lower age brackets, including the death of a 17-year-old boy in California which has been attributed to covid-19.

He noted that the cause of the 42-year-old German national’s death is a rare covid-19 complication – thrombosis in the vessels of the lungs requiring anticoagulation.

Regarding whether a person can build immunity to the virus Tsiodras cited a projection that those who have formed antibodies will be immune for at least two or three years.

The health ministry spokesman announced 71 new cases of covid-19 in Greece in the last 24 hours and four more deaths, bringing the country’s total number of cases to 892 and the total number of deaths to 26.

Of those who died, 21 were men and five were women with an average age of 73.

He said 42 covid-19 patients have been discharged from hospital.

Over one million SMSs daily for permission to leave home

The daily number of requests submitted via SMS by citizens to the civil protection underministry for permission to leave home for one of six approved reasons (such as food shopping, outdoor exercise, going to  a pharmacy or doctor, helping a homebound person, walking a pet, or attending a funeral)  has ranged  between 1.3 mn and 1.8mn in the four days since the system was put in effect on 23 March.

The SMS must be sent to the phone number 13033 with one’s name and address, the cause for going out and the time-frame for the exit.

One must await a return text message response before leaving and show police the SMS granting permission as well as a state-issued ID upon request.

Those who violate the restriction will be slapped with a 150-dollar fine.

Greek companies producing pharmaceuticals and cosmetics will be allowed to produce antiseptics following parliamentary approval of a government legislative act.

Since the start of the crisis at the end of February the daily demand for antiseptics has more than doubled from the pre-crisis daily average of 200,000 to 500,000.