Mitsotakis nominates Schinas to serve as next European Commissioner

As the face of the European C omission during the more recent part of the Greek crisis, Schinas often was called upon to explain relations between the EU and Athens. 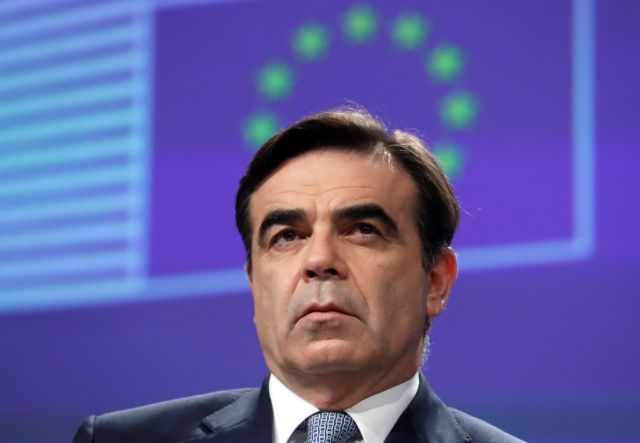 The official website of the prime minister stated that Mitsotakis will immediately inform European Commission President Ursula von der Leyen of his decision.

The news was broken by Politico.

The 57-year-old Thessaloniki native was a member of the European Parliament (New Democracy) between 2007 and 2009.

As the face of the European C omission during the more recent part of the Greek crisis, Schinas often was called upon to explain relations between the EU and Athens, usefully elucidating the complex relationship for international journalists.

He has worked at the European Commission since 1990 and has had a long and distinguished career there.

In 2013 he was appointed Director at the Commission’s Directorate-General for Economic and Financial Affairs.

Normally extremely mild-mannered, Schinas once famously described how he views his role and that of other employees at the European Union when he lashed out at an Italian journalist who used the word “euro bureaucrat” to describe an associate of Juncker who was under fire at the time.

“Thank you for repeating that we are bureaucrats in our faces. I have told you repeatedly that we do not like that term for the European civil service, for the many thousands of colleagues who work for the institutions. We do not think bureaucrat is the way to describe our job. Each time you will use the term bureaucrat, I will answer back that we are civil servants working for the interests of all 28 member states.»