Konstantina Kouneva became a heroic figure of the trade unionist movement in Greece as a fervent advocate of the rights of cleaning women who provide services through outsourcing. 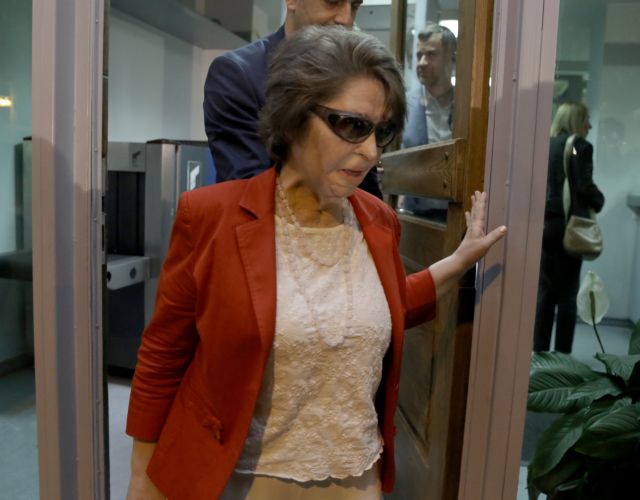 Kouneva became a heroic figure of the trade unionist movement in Greece as a fervent advocate of the rights of cleaning women who provide services through outsourcing.

“Now that SYRIZA’s MEP was not [re-]elected, does anyone know if she will be going back to work? I am looking for a woman for general cleaning on Saturday and I still have not found one!”  New Democracy cadre Kostas Stefanidis declared on his Facebook page.

Stefanidis played the crucial role of coordinating the movement of tens of thousands of New Democracy supporters who have retained their voting rights in their ancestral provinces, towns, and cities.

“On orders of Kyriakos Mitsotakis the coordinator of residents of other municipalities [outside of Attica, known as eterodimotes], Mr. Kostas Stefanidis, was expelled from ND a little while ago. Such expressions and behaviours have no place in our party,” he stated.

On 22 December, 2008, Kuneva was attacked on her way home from work with sulfuric acid (vitriol).

The acid was splashed on her face by her attackers – completely destroying one eye. Then she was forced to drink the acid, causing severe internal organ damage.

The incident was one of the worst attacks ever against a trade unionist in Greece.

In 2013, a Greek court ruled that her former employer must pay her 250,000 euros in compensation.

In 2017, the OIKOMET company for which she worked (since renamed ANAEMPO), sued for the return of 65,591 euros from that compensation.

Kuneva, who emigrated to Greece from Bulgaria was elected to the European Parliament in 2014 on SYRIZA’s ticket but was not re-elected on 26 May as SYRIZA’s low polling numbers gave the party fewer seats.

Kuneva spent many months in Athens’ Evangelismos Hospital and underwent dozens of operations in Greece and France.

In 2017, the OIKOMET company for which she worked (since renamed ANAEMPO)