Venizelos also noted problems in the “synchronisations of procedures” regarding when the agreement takes effect and the accession of FYROM to Nato and the start of EU negotiations. 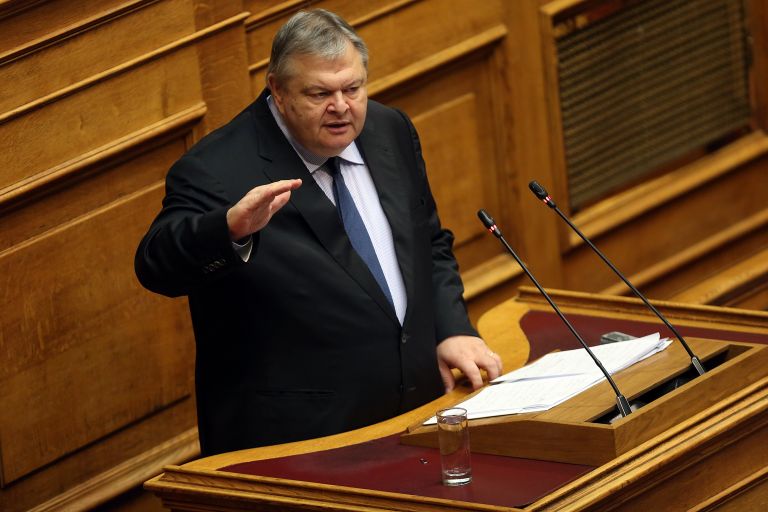 Share
Movement for Change MP Evangelos Venizelos – a former finance and foreign minister who was Pasok president and served as deputy premier in the Samaras government – cited serious problems in the agreement with Skopje on the name issue, but said he is not prepared to reject it outright as yet.
Specifically, he noted what he said were inaccurate and mistaken characterisations in the text on the highly charged issues of ethnicity and language.
Many critics have said that the naming of the ethnicity and language must be in line with the new name of “Republic of Northern Macedonia”. Hence, there would be a Northern Macedonian ethnicity and Northern Macedonian language. Now the accord speaks of a Macedonian language and Macedonian ethnicity, and simply notes that these are not related to ancient Macedonia.
Venizelos also noted problems in the “synchronisations of procedures” regarding when the agreement takes effect and the accession of FYROM to Nato and the start of EU negotiations.
Analysts have expressed concerns that if Greece approves immediately Skopje’s Nato entry and the start of EU accession talks, that could be irreversible, even though the accord says that these steps are contingent on completion of all of Skopje’s commitments in the future.

“I do not say no to ratification of the agreement, if and when it is tabled in parliamemt. What I am saying is that before it is signed on Sunday [17 June, in Prespes], parts of it should be corrected. If that does not happen, then the errors that exist will be irrevocable and impossible to correct,” Venizelos told journalists.