Athens is attempting. as Kotzias has intimated, to hammer out a formula for an ironclad international agreement – which would supersede FYROM’s constitution and national law – that would eradicate all remaining vestiges of irredentism. 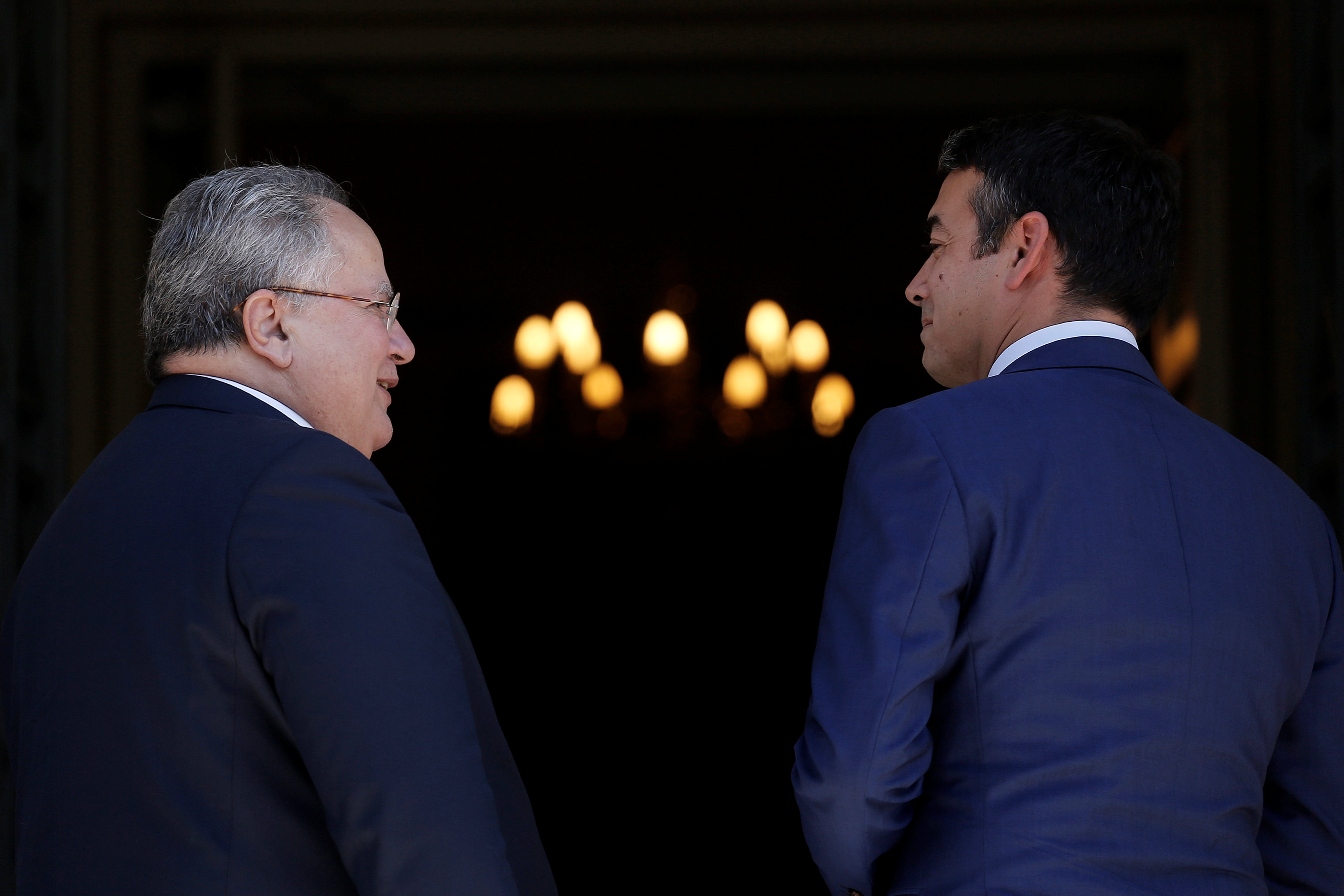 Foreign Minister Nikos Kotzias and FYROM counterpart Nikola Dimitrov are continuing their talks today on a settlement on the naming and other related issues, on the sidelines of the EU’s Gymnich informal foreign ministers’ meeting in Sofia, Bulgaria, where representatives of EU candidate countries have also been invited.

It is the third such meeting between the two foreign ministers in a week.

Athens and Skopje agree that as far as the name issue is concerned, negotiations are on track, as both sides accept a geographic marker (most likely Gorna, or Upper) preceding the name Macedonia.

They also say that there is leeway for compromise on the remaining elements of solution.

In remarks yesterday, FYROM’s prime minister, Zoran Zaev, declared that “dignity and identity are intrinsic aspects of the negotiations”, an apparent reference to Skopje’s demand that the citizens of FYROM still be called plain Macedonians, rather than, for example, Upper Macedonians, and that the language of the Slavomacedonians be called Macedonian, also without a qualifier. Athens insists on a qualifier of some type.

Of course, about one-third of the population of FYROM is ethnic Albanians, who want their tongue recognised as a second official language of the state.

Zaev said that three of the seven areas that have been identified as necessary elements of a solution have been agreed upon in the ongoing, high-level talks.

He expressed confidence that compromise can be reached soon on the remaining elements, and that confidence building measures will be useful in that regard.

In Athens, politicians, academics and experts have long stressed that the main issue to be resolved with Greece’s northern neighbor is that of irredentism.

For generations and until today, schoolchildren in FYROM are taught that the Greek portion of the geographic region of Macedonia, which they call Macedonia of the Aegean, is the patrimony of the Slavomacedonians and is essentially occupied by the Greeks. The maps in school books have included the Greek province of Macedonia within the boundaries of the state currently known in international organisations, including the UN and the EU, as FYROM.

The Constitution of FYROM still includes various irredentist elements of that nature, but Skopje so far has balked at Greek demands for the relevant constitutional amendments. In any event, the Zaev government lacks the enhanced parliamentary majority needed to revise the constitution, and it is highly unlikely that the opposition would sign on.

For this reason, Athens is attempting. as Kotzias has intimated, to hammer out a formula for an ironclad international agreement – which would supersede FYROM’s constitution and national law – that would eradicate all remaining vestiges of irredentism.