The Greek national football team is at the top of its group, along with Belgium, after… 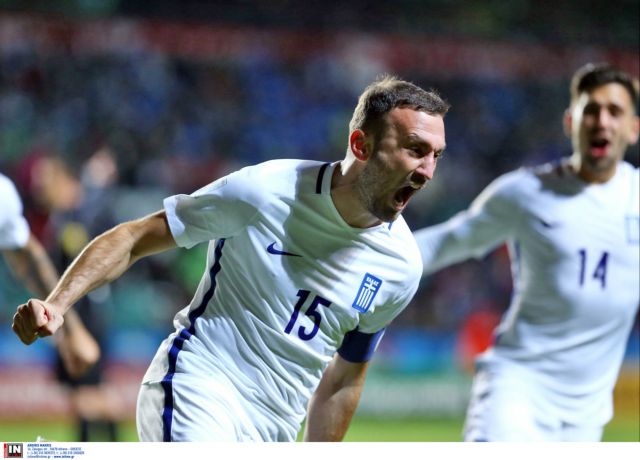 The Greek national football team is at the top of its group, along with Belgium, after defeating Estonia 0-2 in Tallinn on Monday evening for 2018 World Cup qualifiers.

Greece took an early lead in the game thanks to a header from team captain Vasilis Torosidis (2’), which caught Estonia by surprise. Unfortunately Greek defender Socrates Papastathopoulos had to be substitute a few minutes later (5’) due to an injury, as did Torosidis himself (18’).

These changes affected the Greek team, which struggled to find a balance, however the Estonian was unable to capitalize on the confusion. The two teams were more balanced in the second half, but Greece managed to seal the deal with a goal by Stafylidis (61’) from a free kick.

Estonia did not give up though and increased the pressure on Greek goalie Orestis Karnezis, who managed to keep a clean sheet. Greece had the opportunity for another goal with Karelis (71’), however he hit the crossbar. The next match for Greece in November is against Bosnia.