The Prime Minister Alexis Tsipras announced that the term “Palestine” will be used in public documents, rather than “Palestinian… 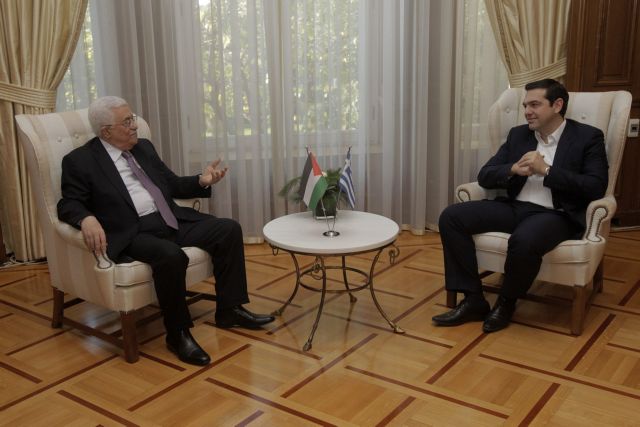 The Prime Minister Alexis Tsipras announced that the term “Palestine” will be used in public documents, rather than “Palestinian Authority”, during the joint press conference with the Palestinian President Mahmoud Abbas at noon on Monday.

He also noted that Greece will work towards establishing a two-state solution, with a sustainable and independent Palestinian State based on the 1967 borders and a capital in East Jerusalem, which will coexist peacefully and securely with Israel.

The Palestinian President on his behalf thanked the Greek PM for the invitation and argued that there was “this is the last chance to have peace in the region and a resolution of the Palestinian issue”.

Mr. Abbas further explained that “our people and our land need to be defended by the international community in order to have peace and democracy, like other people do”. He noted that the talks with Greece were constructive and underlined the need to end the occupation and settlement development on Palestinian land.