Chaos and confusion over refugee transfer to hockey stadium

The accommodation of refugees in Attica is becoming a major concern for Greek authorities, as about 750 for the 1,000… 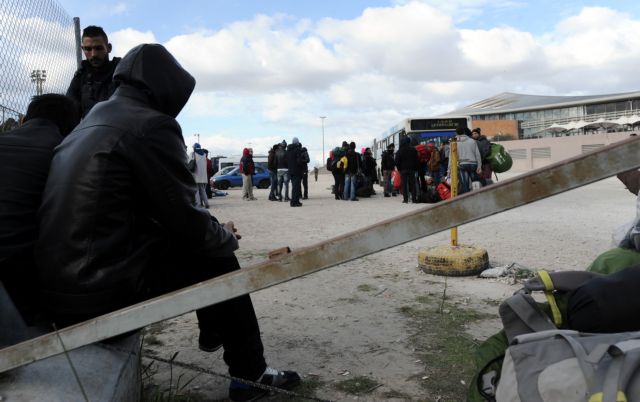 The accommodation of refugees in Attica is becoming a major concern for Greek authorities, as about 750 for the 1,000 refugees who were hosted at the Tae Kwon Do facilities have disappeared, when they were meant to be transferred to the hockey stadium in Elliniko.

Although the refugee transfer had been decided, no planning had taken place. As such, only a limited number of refugees – 150 – were transferred via bus to the hockey stadium. Another group of 132 people – mostly from Morocco – were deemed dangerous for public health and will be transferred to a closed facility in Corinth, before being deported.

The Tae Kwon Do facilities were cleared out on Thursday because they are to host an international kick boxing championship. The vast majority of people who were accommodated there had been transferred to Athens from Idomeni, from they were unable to continue their journeys.