Gerovasili: “Frontex has only responded to 10% of what we have requested” 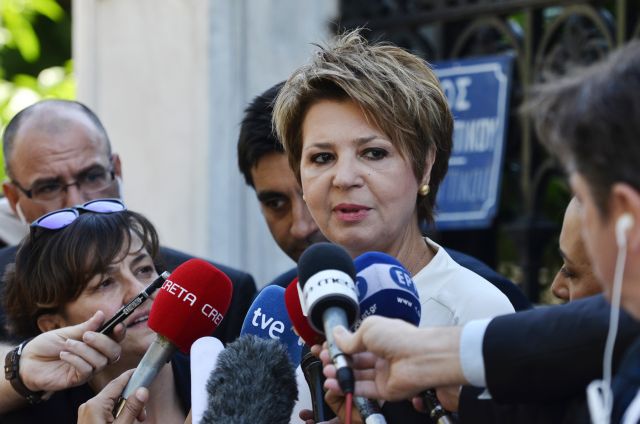 The spokesperson for the Greek government Olga Gerovasili disputed the allegation that Athens never requested assistance from Frontex and stressed that the European border agency has only responded to 1/10 of what has been requested.

In a Friday morning appearance on SKAI Mrs. Gerovasili also dismissed the rumors of a Greek departure from the Schengen Treaty and the EU’s collapse in relation to the refugee crisis as ‘lies’.

She further explained that all official announcements indicate that Greek authorities are fully fulfilling their functions, but admitted that there were some delays in the creation of hotspots. Mrs. Gerovasili attributed the delays to objective difficulties, such as finding the necessary spaces to accommodate refugees and migrants.

In response to recent criticism from Guy Verhofstadt, who likened the Greek borders to Swiss cheesy, Mrs. Gerovasili commented that Greece is no threat to European security, given that the terrorists involved in the Paris attacks were documented by Greek authorities, something which the authorities of other European countries, which the terrorists crossed, failed to do.