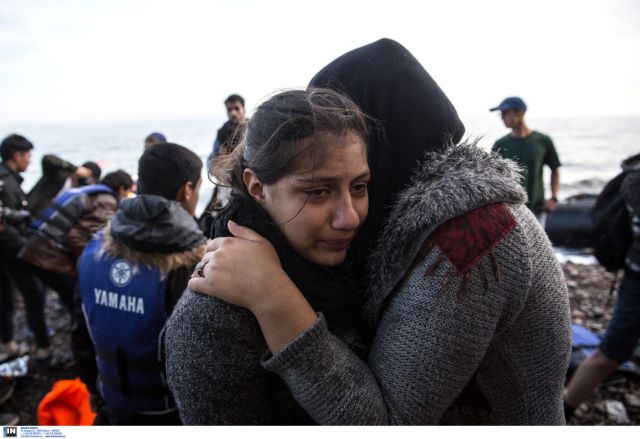 The Coast Guard continues a major search and rescue operation in an effort to locate 33 refugees who are still missing at sea, after their wooden boat capsized in their attempt to cross over from the Turkish shores. So far the bodies of sixteen people have been recovered, eleven of which are children, in incidents near Mytilene, Samos and Agathonisi.

From the incident that took place north of Mytilene the Coast Guard is seeking out 36 missing people. The wooden boat carrying the refugees was capsized, with two boys and one man perishing. At least 242 people have been rescued.

In another incident near Mytilene, the Coast Guard with the assistance of Frontex managed to rescue 71 refugees. The weather conditions at the time of the rescue operation were adverse. Two children were located unconscious and were promptly rushed to the local hospital. Although doctors managed to rescue one of the two children, they were unable to save the life of the 7-year-old boy.

Meanwhile in an operation off Cape Gatos in Samos, the Coast Guard rescued 52 people, however three people – one man and two children – died and an infant is missing. The body of a five-year-old girl was also located in Karlovasi of Samos, while two men are missing. Finally, in an incident near Agathonisi two children and one woman perished, while one child is reportedly missing.

As of January 2015 it has been estimated that over 500,000 refugees and migrants have passed through Greece via the Aegean islands, in their journey towards central and northern Europe. The Minister of Shipping Theodoros Dritsas pledged to persist with the efforts so that such incidents do not carry on.