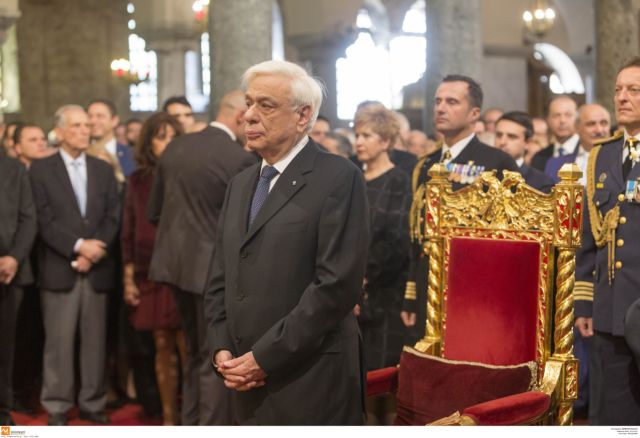 The President of the Hellenic Republic Prokopis Pavlopoulos underlined that “Macedonia is self-evidently and obviously Greek”, following the festive doxology at the Holy Temple of St. Demetrius in Thessaloniki.

According to the President, the teachings of St. Demetrius – one of the most glorified and popular saints in Orthodox Christianity – the Greek nature of Macedonia is self evident. Mr. Pavlopoulos also underlined the importance of the city’s liberation during the Balkan Wars of 1912-1913 on the name day of St. Demetrius.

Furthermore, the President argued that the teachings of St. Demetrius inspire the Greek nation to not count the size of its force, bur rather its faith in ideals, to the point of sacrificing in defense of the country.