Greece says goodbye to the Euro 2016 qualifiers with a win 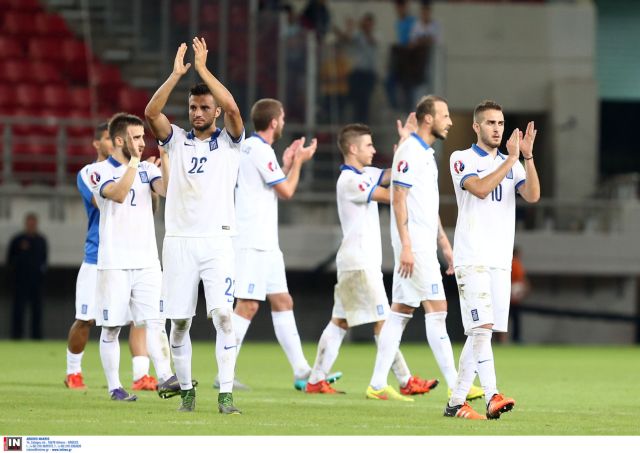 The national football team of Greece has ended its rather catastrophic campaign in the qualifiers for the 2016 Euro with a 4-3 win against Hungary in Piraeus on Sunday evening.

After humiliating home and away defeats against Faroe Islands and lackluster performances against Northern Ireland, Romania and Finland, the Greek team managed to defeat the Hungarian team.

Ever since coach Fernando Santos left the helm of the Greek national team, following a highly successful campaign at the 2014 World Cup in Brazil, the Greek team has suffered and been unable to decide on a coach.

Mr. Santos’ first successor Claudio Ranieri failed to meet expectations and was dismissed after a home defeat against Faroe Islands in November 2014, while Sergio Markarian who came later on was also unable to reverse the situation. The team carried on with interim coach Kostas Tsanas at the helm, until a new coach is hired.