Alavanos: “Tsipras knows how to survive, but he is not honest” 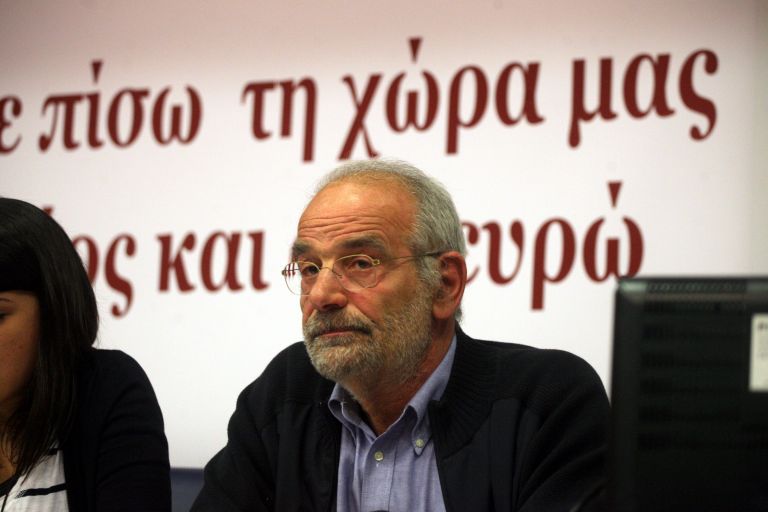 The president of Plan B Alekos Alavanos spoke out against the President of SYRIZA and his former political protégé Alexis Tsipras, in a Wednesday morning appearance on Mega Channel. In the interview Mr. Alavanos argued that his “greatest political mistake” was promoting Mr. Tsipras to SYRIZA’s leadership.

Mr. Alavanos noted that while Mr. Tsipras has a great ability in surviving in the Greek political system, he explained it was it is honesty and consistency that define a politician. He then lashed out against his former comrades in SYRIZA and stated that he did not expect the left-wing government to go down the bailout path. He noted that he impressed how the party leadership convinced some many leftist MPs to support the bailout and warned that this may jeopardize popular consciousness of the left.

Later on he supported the Left Platform’s actions, arguing that the hope was probably that when faced with the dilemma of a third bailout or an alternative solution, the SYRIZA-led government would chose the later. Mr. Alavanos also supported the drachma and claimed that there was a fear-mongering campaign against the possibility of a return to a national currency.

“I wish the ECB gave us liquidity, but it has its own general plan for the whole of the European Union, which does not serve our country. To exit the crisis you must use a national currency, this is supported by Nobel laureates Stiglitz and Krugman” he further explained.

When asked to respond to the argument that without an agreement the country would collapse, Mr. Alavanos commented that he prefers a poor and honest man. He concluded his interview by underlining that one of the worst symptoms of the extended crisis is the creation of “lost generations”.