Meimarakis: “There is still room for a national consensus” 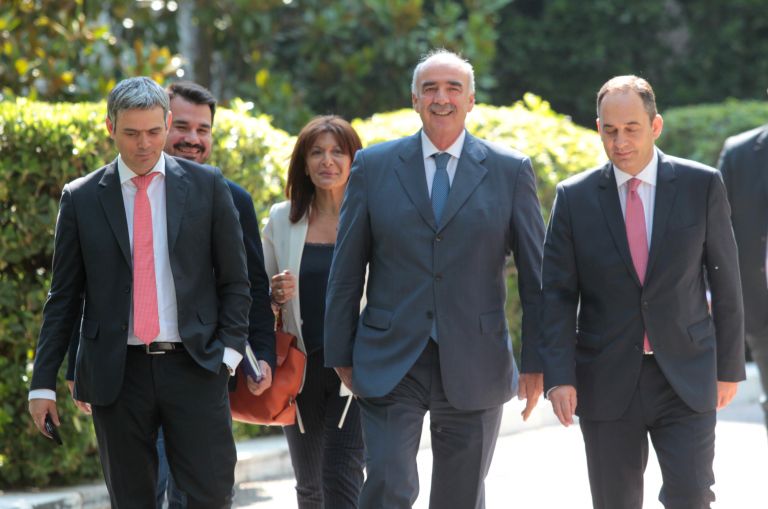 The provisional leader of main opposition party New Democracy Evangelos Meimarakis was received by the President of the Hellenic Republic Prokopis Pavlopoulos on Monday to inform him that he was unable to come to any agreement – as expected – to form a government.

Mr. Meimarakis however argued that “there is still room for a national consensus”, revealing his desire for the President to call a meeting of political leaders, in a final attempt to come to an agreement before Parliament is dissolved and general elections are formally called.

Later, at midday on Monday, Mr. Pavlopoulos will receive the leader of the Popular Union Panagiotis Lafazanis to hand him an exploratory mandate. Should Mr. Lafazanis also fail to come to an agreement with other parties in Parliament, then the President will then announce the elections.

The main opposition leader also contacted former New Democracy leaders Antonis Samaras and Kostas Karamanlis on Saturday, in an effort to galvanize party unity ahead of the general elections in September. He has also had talks with veteran ND officer Dora Bakoyanni.

Earlier on Sunday Mr. Meimarakis contacted SYRIZA leader Alexis Tsipras in order to meet and discuss the possibility of an alliance, however Mr. Tsipras declined the offer, explaining that there was no such possibility. Mr. Meimarakis also talked with the head of the River Stavros Theodorakis, PASOK president Fofi Gennimata, Popular Union chief Panagiotis Lafazanis and the Communist Party’s Secretary General Dimitris Koutsoumpas.