Ferry boat with refugees sets sail from Kos for Thessaloniki

The Eleftherios Venizelos ferry boat, carrying at least 1,700 migrants, has set sail from the island of Kos for Thessaloniki on… 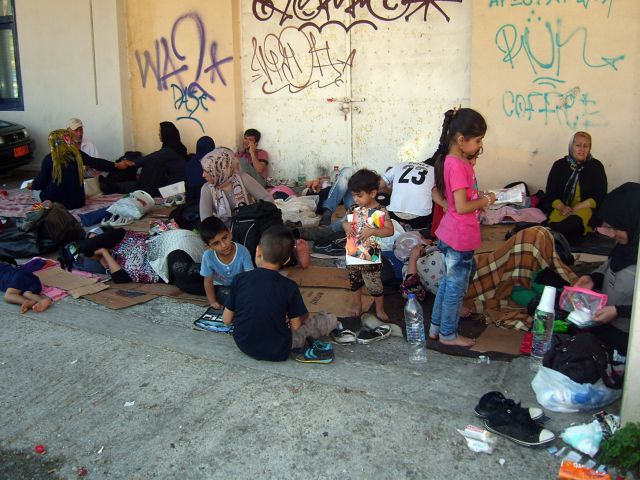 The Eleftherios Venizelos ferry boat, carrying at least 1,700 migrants, has set sail from the island of Kos for Thessaloniki on Wednesday morning, with stops at Kalymnos and Leros. After arriving in Thessaloniki, the migrants and refugees will be taken by bus to Idomeni near Kilkis, which is near the border with FYROM. After resupplying, the ship will return to Kos and other islands to transfers more people.

Meanwhile, the government is expected to charter another ferryboat to accommodate a further 2,500 migrants and refugees in order to alleviate some of the pressure on the islands. The government spokesperson explained that the ship will be used to collect refugees from the islands and to provide the necessary space to carry out the identification and registration process, as there is lack of infrastructure and human resources on the islands.

According to the United Nations High Commissioner for Refugees (UNHCR), which has criticized the Greek government for its lackluster efforts in dealing with the migration crisis, last week alone an estimated 20,843 migrants arrived in Greece, while in July there were 50,242 arrivals – more than the total number of arrivals for 2014.

The vast majority of arrivals are Syrians (82%), followed by Afghans (14%) and Iraqis (3%), with the UNHCR noting that most of them should be designated as refugees. The UNHCR has warned that the number of arrivals is constantly on the rise and has recommended that Greek authorities establish a single body to coordinate the efforts and humanitarian aid.